Lena Dunham has decided to really go horrific[1] for Halloween and heart the baby killers of Planned Parenthood. I kid you not. She’s a huge supporter of the genocidal murderers in pink, so she thinks this is really, really cool. Dunham detailed her plans in the most recent edition of her “Lenny Letter” newsletter. “The most successful Halloween costumes are classic but topical, sexy but funny, not too ugly and not too obscure, perfect conversation starters and ideal photo-ops,” Dunham wrote. “Still, I want to be accepted and to WIN BIG! And this year, I think I may have finally nailed it. I’m going as something newsy, sexy, and cool: a Planned Parenthood doctor!” Conservatives and moral people out there were disgusted and outraged, which I’m sure she loved. 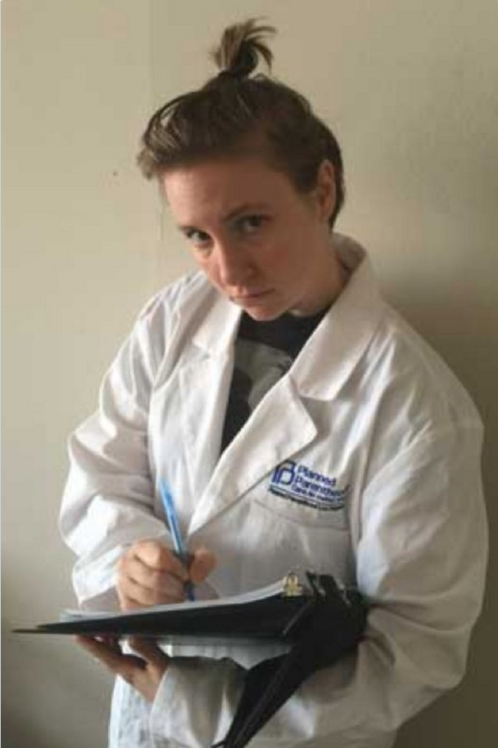 Lena Dunham has revealed what she will be dressing up as a Planned Parenthood abortionist this Halloween.

In her e-mail newsletter, Lenny Letter, Dunham explained today what it takes to have a winning Halloween costume and why dressing up as an employee of the nation’s largest abortion provider is a great idea. 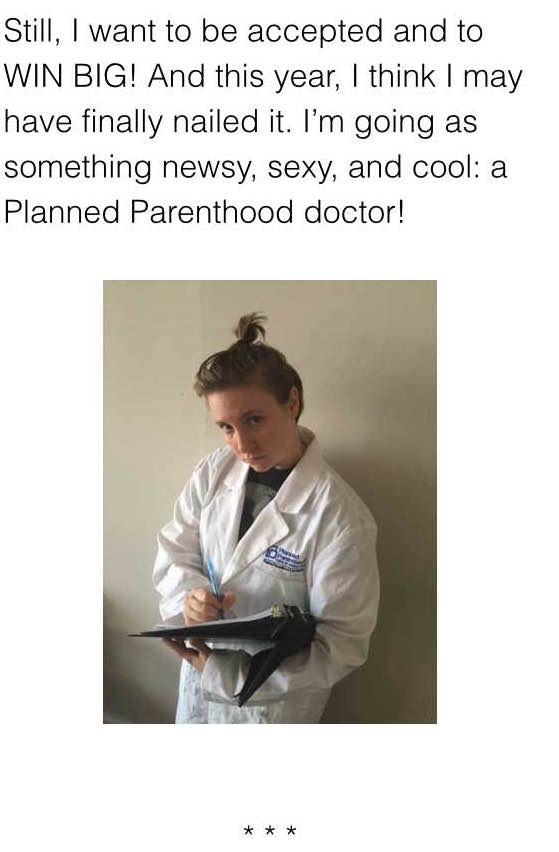 “The most successful Halloween costumes are classic but topical, sexy but funny, not too ugly and not too obscure, perfect conversation starters and ideal photo-ops,” Dunham wrote. “Still, I want to be accepted and to WIN BIG! And this year, I think I may have finally nailed it. I’m going as something newsy, sexy, and cool: a Planned Parenthood doctor!”

According to Dunham, the same Planned Parenthood that aborted over 300,000 babies last year (and then harvested organs from their bodies for cash[4]) is “newsy, sexy, and cool.”

Regardless of whether or not one accepts the notion that life begins at conception, no pro-choice individual should support an organization that deliberately treats women so poorly.

The top health inspector general in Texas, for example, recently banned Planned Parenthood from participating in the state’s Medicaid program due to repeated health violations[5] by the abortion provider:

The inspector general of the Texas Health and Human Services Commission announced today that the state plans to ban Planned Parenthood from receiving funds from the state’s Medicaid program, according to an official letter obtained by the Houston Chronicle.

The letter states that the termination of Planned Parenthood’s enrollment in the Texas Medicaid program is due to multiple health and legal violations committed by the nation’s largest abortion provider, many of which were brought to light by a series of undercover videos from the Center for Medical Progress, or CMP.

The inspector general’s notice to Planned Parenthood states that the organization’s practice of altering the standard of care to procure fetal tissue “violate[s] accepted medical standards, as reflected in federal law” and is therefore a “Medicaid program violation[] that justif[ies] termination.”

As The Federalist‘s Mollie Hemingway detailed[6], Planned Parenthood’s own customers have criticized the unsanitary conditions and low standards of care provided by Planned Parenthood. Its abortion clinics also have a reputation of being completely disgusting[7] and routinely expose women to infectious diseases[8]. 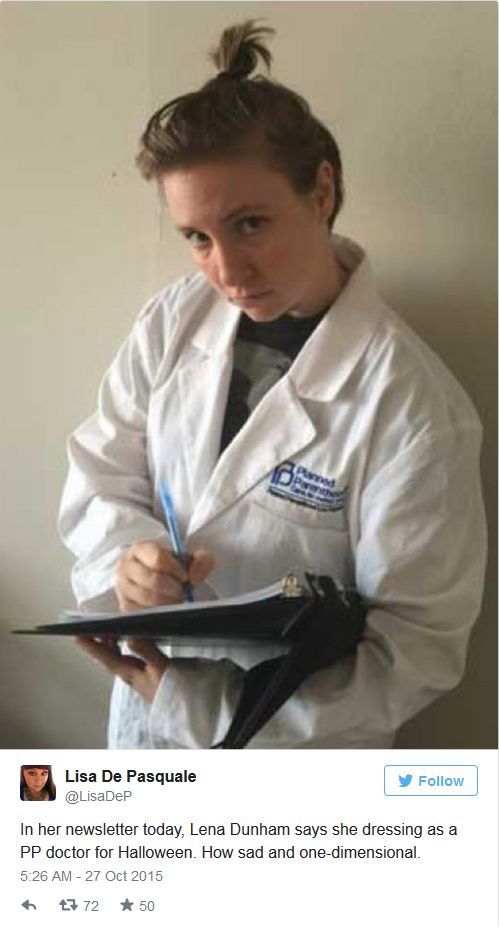 No woman, especially one who purports to care about female empowerment, should endorse an organization like Planned Parenthood that treats women as revenue units to be exploited instead of treating them like people who deserve quality health care.

While Dunham did announce that she would be dressing up as a Planned Parenthood abortionist for Halloween this year, she has not stated whether she plans to carry around aborted baby body parts for sale. Either way, given Lena Dunham’s staunch support for an organization that targets hundreds of thousands of young lives for extermination each year, trick-or-treaters would be well-advised to skip her house this year.

Maybe she’ll splash some blood on for authenticity and carry baby parts around with her. If you are going to go ghoulish, go all the way. Evidently Dunham loves mass murderers and has a thing for infanticide. Having written on her before, I’m not surprised. If she came to my door dressed like that, I’d slam it in her face after making a scene over how she’s a real life monster. That’s just me. But hey… you remember the last scandal Lena Dunham was in, right? Sabo spells it out below. She can add murder to her rape fantasies now. 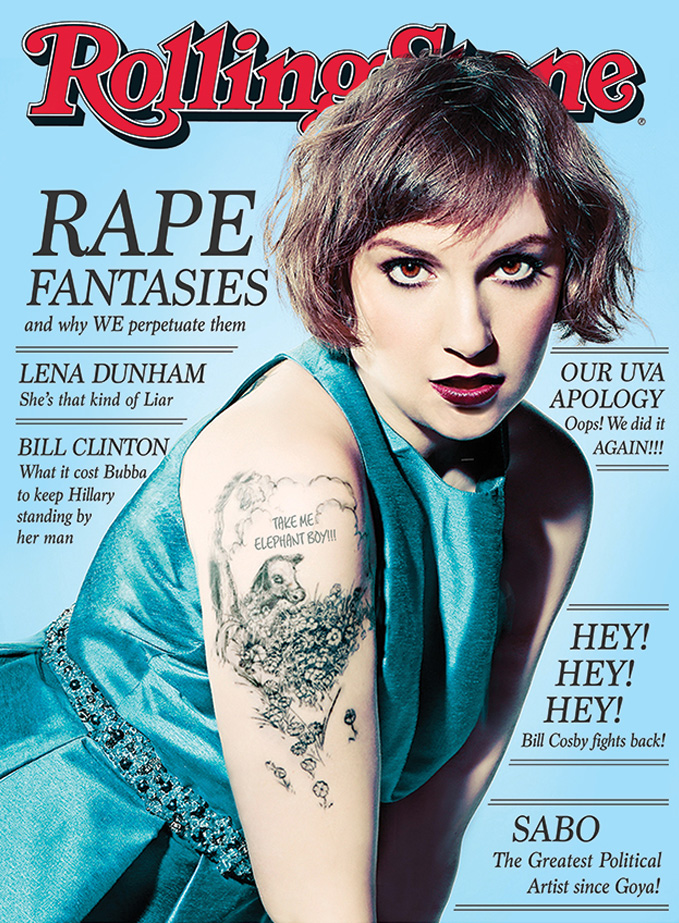