Being gang-raped may be one of the most horrific things that could happen to a person. One of the only things that could make it worse would be telling the victim to cover for her rapists because the “cause” is more important than the crime. 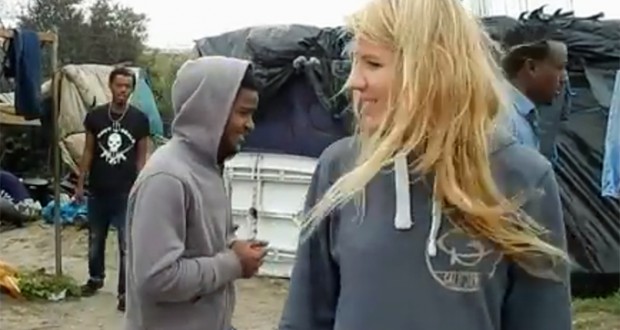 A young, female ‘No Borders’ activist working in a migrant camp on the France-Italy border remained silent about her gang rape by Sudanese migrants for over a month because “the others asked me to keep quiet.”

Colleagues are alleged to have said that reporting the crime would set back their struggle for a borderless world.

The ‘No Borders’ activist had dedicated a month of her life to helping migrants. Her group was stationed between Italy and France in Ponte San Ludovico in Ventimiglia when the atrocity occurred, according to reports from local papers La Stampa and Il Secolo XIX, and now reported in the major Italian national Corriere Della Serra.

One Saturday night, as loud music played at a nearby party, the woman was reportedly trapped in a shower block set up near the camp in a pine forest know as Red Leap.

A gang of African migrants allegedly raped her there, and her cries for help are said to have gone unheard because of the music.

La Stampa reports that the woman, around 30 years of age, would have reported the horrific crime were if not for her fellow left-wing activists, who convinced her that if the truth got out it could damage their utopian dream of a world without borders.

But Corriere Della Serra also reports that some of her fellow activists are now accusing the woman of reporting the rape out of “spite,” because her group was withdrawn from the camp following a separate controversy.

Liberals claim to be pro-woman, but they’ll happily leave women to rot if women get in the way of their agenda — and for these people, the agenda is a “borderless” world. Her rapists are truly evil, but so too are these activists who forced her to keep quiet about the horrific crime committed against her.