What This Liberal Called Jesus Is UNREAL!

Your run of the mill liberal has decided that Jesus was a transgender[1]. It’s one thing to be Atheist and not believe in Jesus, but to believe Jesus waltzed around in a dress and eye shadow is simply ludicrous. Did Jesus squat over a hole in the dirt to urinate too? Did he know which bathroom to use? Would he be welcome in the women’s room at Target? 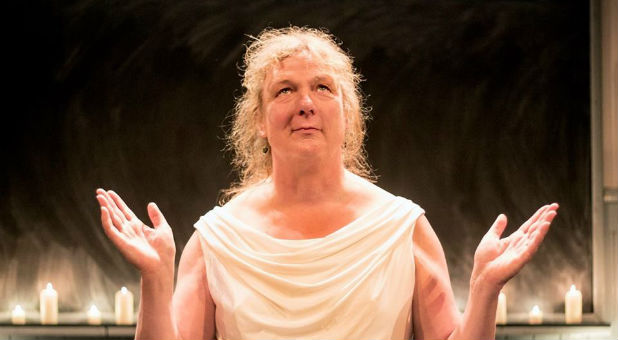 Eve is a fascinating creature for many reasons. The Bible tells us she is the first example of human cloning…But the fun doesn’t stop there. If we take the Genesis account in it’s literal meaning, as conservative Christians demand that we do, she is also the first case of a transgender woman. God reached into Adam, pulled out a bit of rib bone, and grew Eve from that XY DNA into Adam’s companion. She was created genetically male, and yet trans-formed into woman.

Then along comes Jesus and the whole pattern is both repeated and reversed. The first couple’s refusal to cooperate is turned around by Mary’s yes, and the second act of cloning occurs. The Holy Spirit comes upon the second Eve, and the child takes flesh from her and is born. Born of her flesh. Born with XX chromosome pairing. Born genetically female, and yet trans-formed into man.

Nothing from the liberal brain surprises me anymore. They’ve said and done it all and none of it leads me to believe there’s any intelligence in those little pea sized brains.