A rapist, murderer and armed robber walk into a bar…why? Because a liberal judge set them free. Orleans Parish Judge Arthur Hunter Jr. wants to release men charged with very serious crimes[1] because lawyers are battling each other for more funding for public defenders. The fight for funding is fine, but one does not release people accused of life changing or ending crimes over a monetary dispute. But the alleged aren’t getting a good enough defense right now? OK, they shouldn’t have been in the position to rape or murder either. Right? 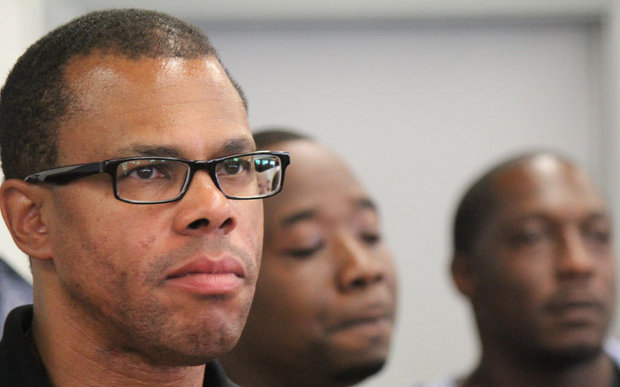 From the LA Times:

The defendants have been jailed for months without legal representation.

“These defendants are currently being deprived attorneys to the extent that raises serious concerns whether they will ultimately receive effective assistance of counsel,” Hunter wrote in his order. “This is especially true for defendants in jail, who are virtually powerless to obtain a lawyer on their own or to begin working on their own defense.”

I want public defenders to earn an amazing rate. They deserve to be paid well for dealing with criminals who probably don’t appreciate the attorney they’re given.

That said, releasing people who are charged with extremely serious and violent crimes is not a solution nor pawn in the chess game that is the battle for funding.

One does not threaten the lives of the public over this. A better solution is to put the seven men Judge Arthur Hunter Jr. refers to in a safe situation in prison. What IF one of them is actually innocent? You cannot ruin an innocent person’s life by throwing them in prison without a defense.

There’s a very easy solution to the entire problem. Pay the defenders – they’re lawyers, they deserve a nice paycheck, and keep the criminals in a safe spot in prison until they have representation. This keeps the public safe and keeps the perpetrators safe in the event that one of them is legitimately innocent.