Kathy Griffin’s photo shoot featuring the washed-up celebrity holding a bloodied, dismembered head resembling Donald Trump was roundly criticized by virtually everyone, including liberals. Even more people came forward to condemn her after news broke that Barron, Trump’s 11 year-old son, saw the photo and thought it was real. But famed “Jeopardy” winner Ken Jennings took the opportunity to bully Barron Trump — although he’s not laughing anymore[1]. 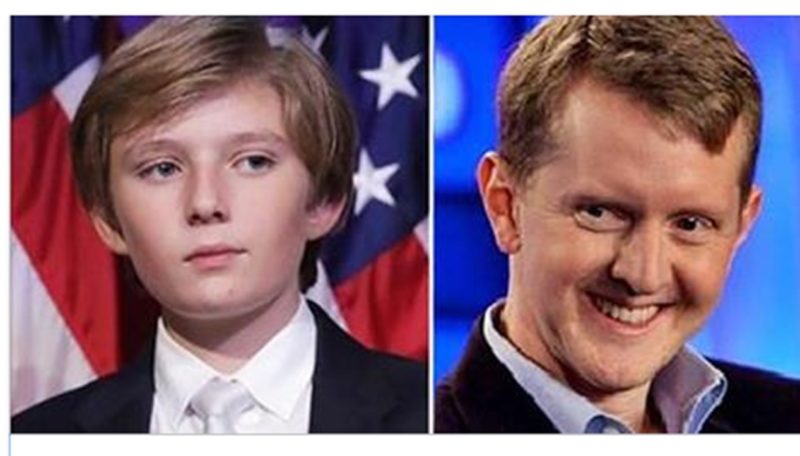 Not long after Griffin’s photo was released, news broke that Barron Trump had seen the photo while watching television. He reportedly was traumatized, thinking he was actually looking at his father and screamed for his mother, Melania Trump. For most people, this was even more proof of just how despicable Griffin’s stunt was.

Not long after this, Jennings decided to react on Twitter, mocking Barron:

Barron Trump saw a very long necktie on a heap of expired deli meat in a dumpster. He thought it was his dad & his little heart is breaking

It takes a real man to pick on an 11 year old. Yet another low from the left, but they will rationalize this away with their usual excuses. https://t.co/JDF3VsVEJ1[4]

Instead of being chastened and realizing he had made a mistake, Jennings doubled down:

I will kill as many white rhinos as it takes to prove my masculinity to Donald Trump Jr. https://t.co/mm8YzH2NPB[6]

It didn’t take long for people to realize that Jennings is an author of children’s books, published by Simon & Schuster. Twitter users, along with Trump, Jr., began calling for the publishing house to drop Jennings:

Good point, you would think that in this day & age @simonandschuster would have an issue with one of their children's authors bullying a kid https://t.co/S4Bxs7AnSs[8]

So far, Simon & Schuster has not responded, but more and more people are speaking out, including on Facebook.

“Just called Simon & Schuster and told them how disgusted I was that their author Ken Jennings after writing children’s books, made such a disgusting statement about Barron Trump, that they need to do something about him,” one user wrote.

“Told him I buy a lot of books, not only for myself but for my kids and grandkids and it may be a good time to stop buying from them. Nice young fellow answering the call said he would make sure that the call was sent to corporate! Told him it was not personal to him, but was just plain disgusted with this Ken Jennings!”

Do you think Simon & Schuster should drop Ken Jennings?