A teenager named Sydney Ireland[1] is trying to bully the Boy Scouts into admitting girls. She claims their policies are discriminatory because she can’t attain the same rank as they do. There are two glaring fallacies to her claim. The first is that there is a separate organization for girls called the Girl Scouts. The second is, she’s not a boy and therefore is not physically capable of doing what most boys can do. Sorry, that’s just the way it is. There is a reason there is a Boy Scouts and a Girls Scouts… it was to allow each gender to achieve the highest accomplishments they could.

This girl is probably being encouraged by leftist feminists. They want all of these organizations to be coed. That’s not how they were designed and there are very good reasons they are not mixing genders. Much of it has to do with sex and morality, but part of it has to do with physical capabilities. Another part has to do with the roles in life each gender was meant to achieve. All this blurring of genders and how you live your life is exceedingly destructive to children and very confusing. This does not have anything to do with discrimination… that’s just what this girl has been taught. 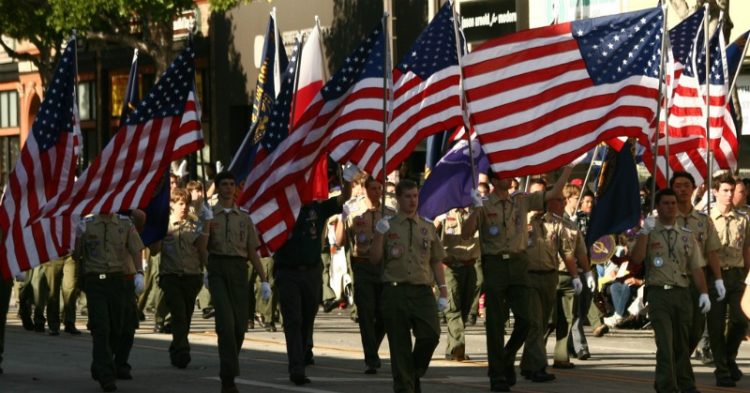 From the Federalist Papers Project:

A teenage girl is whining in a new video that she and other girls should be allowed to join the Boy Scouts of America and claimed that the fact that she cannot is “discriminatory.”

Teenager Sydney Ireland is petitioning for girls to be allowed to join the Boy Scouts. In a recent video posted by NowThis Her on Facebook, Ireland claimed: “It’s definitely discriminatory against girls because we have the same ability to earn the rank but we don’t have the access to get that rank.”

No, actually you don’t have the same ability to earn that rank because you’re not a boy, hence the name “Boy Scouts of America.”

According to the video, “Sydney Ireland has been an unofficial member of her brother’s troop,” and “she joined the co-ed Canadian and South African scouts after Boy Scouts of America refused to let her earn any merits or awards.”

And I don’t know about you, but I find this highly offensive and just downright evil in nature: “But the 106-year-old organization follows policies written before women were legally allowed to vote.” Women voting has nothing to do with this crap and they know it. This girl has been indoctrinated either at home or school or both. It is child abuse and screws a kid up for life. Listen to her parroting these feminazis: “I think girls should have the opportunity to join either program and earn whatever opportunities they want.”

There is also a movement out there for boys to join the Girl Scouts. I’ve got to say having read about what both the Girl Scouts and the Boy Scouts and what they are promoting these days, I would not let my children anywhere near them. There’s nothing wrong with being a boy or a girl and there is nothing evil about being a wife and mother or a husband and father. Communists have forever wanted to mess with the genders and the family unit because it helps move their agenda along. And many useful idiots are falling for it.

The video stated: “Sydney has received support from the National Organization for Women. They are also asking the federal government to defund BSA until they end their discriminatory policies.” Figures. Here’s a thought… why don’t we let boys be boys who grow into real mean and let girls be girls who are not ashamed of being feminine? What a concept. These leftists can stuff their ‘privilege’.