Tell me what’s wrong with this picture. A great American Supreme Court Justice, Antonin Scalia, passed away and the first thing liberal leeches do is lash ludicrous racist remarks towards Clarence Thomas? Then some people had the nerve to celebrate Scalia’s death[1] as if it were a good thing! 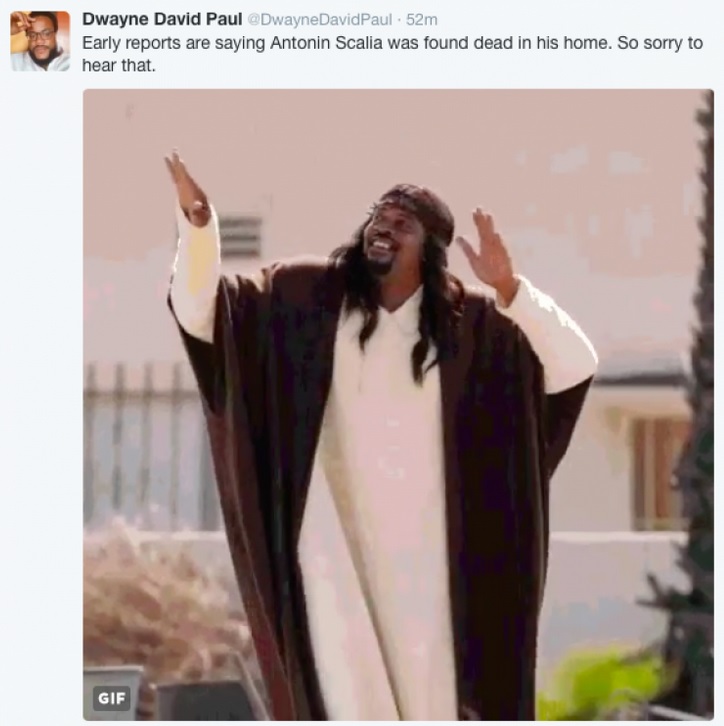 Reaction to the death of Supreme Court Justice Antonin Scalia sparked a wrath of hatred toward Justice Clarence Thomas on social media.

Scalia and Thomas were friends and allies on the court, something that never sat well with progressives.

What a shame on those people celebrating Scalia’s death and insulting Clarence Thomas with racial remarks. How is a world supposed to heal from racism if people continuously perpetuate it.