Andreas Lubitz, the Germanwings co-pilot who is now thought to have murdered his entire plane full of passengers, is now being reported as hiding mental problems. And one paper was reporting that he was a recent Muslim convert. 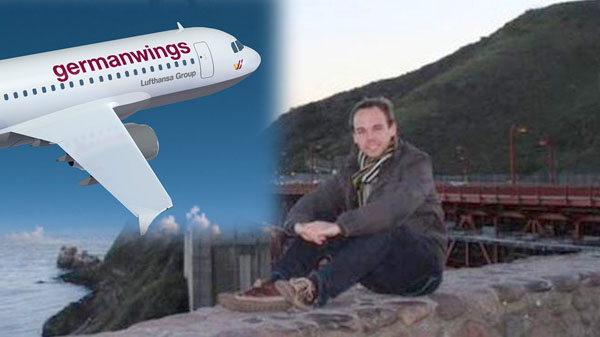 Lubitz apparently was hiding some severe mental issues[1] and even tore up a doctor’s note on the day he boarded the Germanwings aircraft.

Andreas Lubitz, the Germanwings co-pilot who appeared to intentionally crash an airliner into a French mountainside on Tuesday, killing himself and 149 people on board, was being treated for a medical condition he apparently concealed from his employer, Lufthansa AG, German prosecutors said Friday.

The prosecutor said evidence collected in a search of the 27-year-old’s Düsseldorf apartment on Thursday didn’t uncover a suicide note or any indication of a political or religious motive for his apparent decision to crash the plane.

“However, documents were confiscated that contained medical information indicating an existing medical treatment,” the Düsseldorf prosecutor said in a statement.

Documents in the apartment showed Mr. Lubitz received a note from his doctor excusing him from work for a period covering the day of the incident, according to the statement. Other such notes were also found.

But even more shockingly, a German newspaper is claiming that Lubitz was a recent Muslim convert[2].

All evidence indicates that the copilot of Airbus machine in his six-months break during his training as a pilot in Germanwings, converted to Islam and subsequently either by the order of “radical”, ie. devout Muslims , or received the order from the book of terror, the Quran, on his own accord decided to carry out this mass murder. As a radical mosque in Bremen is in the center of the investigation, in which the convert was staying often, it can be assumed that he – as Mohammed Atta, in the attack against New York – received his instructions directly from the immediate vicinity of the mosque.

Converts are the most important weapon of Islam. Because their resume do not suggests that they often are particularly violent Muslims. Thus Germany now has its own 9/11, but in a reduced form. And so it is clear that Islam is a terrorist organization that are in accordance with §129a of the Criminal Code to prohibit it and to investigate its followers. But nothing will happen. One can bet that the apologists (media, politics, “Islamic Scholars”) will agree to assign this an act of a “mentally unstable” man, and you can bet that now, once again the mantra of how supposedly peaceful Islam is will continue. And worse still, the attacks by the left against those who have always warned against Islam, will be angrier and merciless.

For now the German Islam supporters like never before have their backs against the wall.

I hope investigators get to the bottom of this claim.