In recent years, liberals have come up with an insane new method of protesting: blocking roads and interstates. This has caused multiple issues, from first responders being unable to get to hospitals, to protesters themselves being hit by cars. And in response, North Carolina lawmakers have introduced a new bill to protect motorists[1] from the morons who decide to jump in front of moving cars. 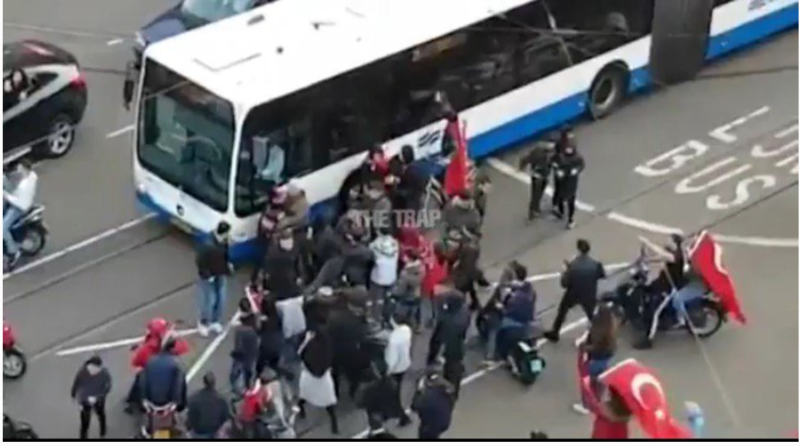 Rep. Justin Burr introduced House Bill 330, which would shield motorists from blame if they accidentally hit protesters blocking roads. The bill “provides that a person driving an automobile while exercising due care is immune for civil liability for any injury to another if the injured person was participating in a demonstration or protest and blocking traffic.”

“As we’ve seen, time and time again, as folks run out in the middle of the streets and the interstates in Charlotte and attempt to block traffic,” Burr explained. He continued by saying that he wants to make sure “drivers don’t have to fear driving through Charlotte or anywhere in North Carolina”.

The bill passed the North Carolina House of Representatives by a 67-48 vote on Thursday.

Rep. Michael Speciale supported the bill, saying, “These people are nuts to run in front of cars like they do… and say, ‘me and my buddy here are going to stop this two-and-a-half-ton vehicle’. If somebody does bump somebody, why should they be held liable?” Democrats, of course, strongly opposed the bill.

“We all know this is being done to try to make a point about protests,” Democrat Greg Meyer said. “It is just going to embarrass us. There is no good reason to pass this bill.”

No good reason except the dangerous practice of protesters pretending to make some kind of point by risking their own lives and that of other innocent people, of course. But heaven forbid people be forced to take responsibility for their own actions.

Any liberal protesters who get hit by a car while they choose to play in traffic are not victims. And they should not be able to cry victim if they suffer the consequences of their foolish actions.