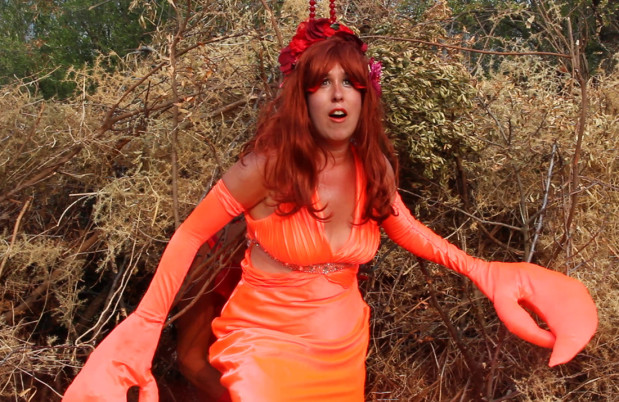 Many of you have probably seen the viral video going around of a NY professor cursing at cops because there were doing their jobs. Terrible, I know, but apparently that’s what makes her tick. [LANGUAGE WARNING]

“You’re not here to protect these students from Nazis,” yelled Goyette in her now-infamous tirade. “This is completely fucked up!”

Addressing the crowd, Goyette called the police “fucking assholes” and accused them of being “proud boys”—supporters of McInnes.

What you may not know is what this creepy critter does in her off time.

Well, it turns out that she’s as crazy in private as she is in public.

Goyette, who lists her position[4] as a lecturer and museum educator for the Museum of Modern Art in New York City, hosts some of her artistic creations on her website. Her art consists almost entirely of weird feminist lobster-themed video pornography with titles like Masshole Love[5], Lobstapus/Lobstapussy[6], and Touch My Hull[7]. The links are not safe for work.

In the videos and still photos, Goyette dresses up in a variety of low-rent lobster costumes and has simulated sex with various men wearing prosthetic penises.

So what’s the point of all this? In her own words:

We don’t care if you’re really into watersports (lobsters communicate by urinating on each other’s faces) and sticking your pleodods into lobster people, but dressing it up as an artistic message to promote feminism doesn’t make it easy for anyone to take your message seriously.

Should… should we call someone? This lady is clearly not well.