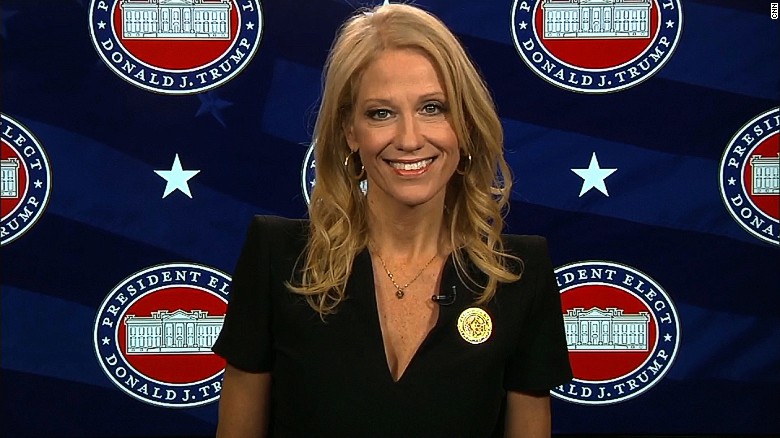 In a surprising move, the NY Times, per writer Susan Chira, is appalled as she notices the sexism against Kellyanne Conway, which, quite frankly is the norm for the way Democrats treat Conservative women. In fairness, both sides can be nasty towards women, but, Democrats have always made it a point to patronize women and say how much they love them (as long as they support abortion on demand), then immediately turn around and smear Republican women at every turn. Chira notes the sexism towards Conway, while also bringing Hillary into the mix

What powerful political woman is mocked for her clothes, is the target of pictures on Twitter depicting her as haggard and is routinely called a witch and a bitch?

But if you guessed Kellyanne Conway, you’re right, too.

Misogyny, it seems, remains a bipartisan exercise. Whatever legitimate criticisms can be leveled at each woman, it’s striking how often that anger is expressed using the same sexist themes, from women as well as men.

Ms. Chira provides plenty of examples of misogyny towards both, ones that note how they look and what clothes they wear. What they did with their hair and what they’ve done with their makeup.

Ms. Conway has drawn scorn, and been disinvited from some news programs, for her references to a “Bowling Green massacre” that never took place and her defense of claims about the size of the crowd at Mr. Trump’s inauguration as “alternative facts.” Yet some of the criticisms have taken on a distinctly sexualized tone.

Witness the furor[3] over her sitting on her knees on a couch in the Oval Office during a reception for presidents of historically black colleges. While she drew fire for disrespect, some of the criticisms included digs about her spreading her legs and raunchy allusions to oral sex, Monica Lewinsky and Bill Clinton. Representative Cedric L. Richmond, Democrat of Louisiana, told a now-notorious joke that hers was a “familiar” position in the Oval Office of the 1990s, drawing a rebuke[4] from none other than Chelsea Clinton. (Mr. Richmond apologized[5] Sunday evening.)

A “Saturday Night Live” skit[6] riffed on Ms. Conway as a “Fatal Attraction” stalker, breaking into the CNN correspondent Jake Tapper’s house to seduce him into having her on his show.

SNL, unshockingly, since they apparently have a problem writing funny, original material, made fun of Conway throughout[7] this past Saturday’s show, using the kneeling bit. Liberals apparently find it hilarious to feature a Republican woman on her knees.

As for Rep Richmond, he probably didn’t mean for his comment to have that nasty, sexist tone, but, hey, we’ve all said things that came out different from what we envisioned, have we not? The first rule of holes is to stop digging, though, and it would have been worthwhile, and easy, for him to simply apologize from the get-go. Instead, he yammered for days before finally apologizing, which is a case of being a bit too late.

The question through all this comes to “when is this just political attacks, which always occur, and politics is a nasty business, and when is it actual sexism?” Another question is “why does the media and the Democats immediately defend any leftist woman attacked as always being a sexist attack, while rarely come to the defense of any Republican woman?”