Google has long been known as a left-wing corporation that’s decidedly unfriendly to conservatives and Christians, but Google hit a new low yesterday by making a point of celebrating the birthday of far left-wing union activist Cesar Chavez on Easter Sunday. 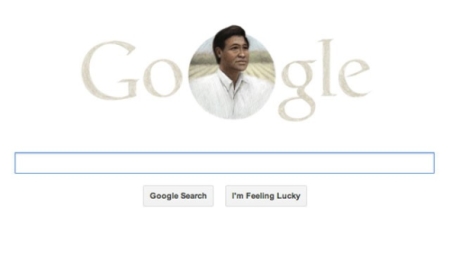 Certainly Google is a private corporation and can celebrate anyone or anything it chooses, but after Google went out of its way to slap its Christian customers in the face on Easter Sunday, no one should be surprised that people are upset.

Incidentally, it’s worth noting that people say really great things about Microsoft’s search engine, Bing. In fact, if they were both starting from scratch, Bing would probably be considered a better search engine than Google. Just something worth keeping in mind. 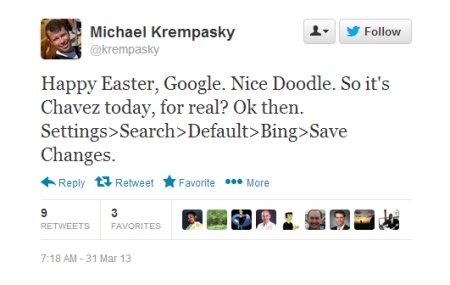