You Owe Us Free Tampons, Said No One Ever, Until NOW!

Oh, for Pete’s sake![1] Really? Commie de Balsio just signed legislation making tampons free in New York City schools, jails and shelters. Holy mother of Marxism! As Crowder put it, this is to pacify the feminist she-beasts. I think they have also implemented menstrual leave for work places there as well. This is just insane. New York is broke and they just keep on piling on the entitlements and freebies. Cloward and Piven would be overjoyed. I’ve got news for red de Blasio… tampons may be a necessity, but they are not an entitlement. This is another brick in the communist wall of New York. 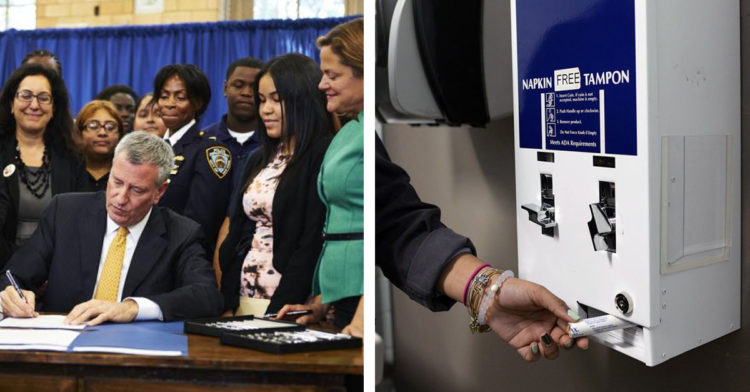 “There should be no stigma around something as fundamental as menstruation,” said Mayor Bill de Blasio in a release. “These laws recognize that feminine hygiene products are a necessity – not a luxury.”

So, what’s next? Food, water and shelter are necessities too. So, will de Blasio declare them to be entitlements as well? Don’t sneer. He’d love to do that. That is part of the Marxist vision of utopia – it plays into cultural slavery and everyone being under the iron fist of government. Nothing is ever truly free and someone has to pay for all this. The next victory for menstrual rights in New York is expected to come at the state level. In May, the state legislature approved a bill to remove all taxes on menstrual products, according to the New York Times, and Governor Cuomo is expected to sign the bill into law later this year. You may find this silly, but it isn’t. It is part of a plan to turn America communist – that is what freebies do, while making you a slave to bigger government. They are overloading the system with free this and free that – sooner than later, it will collapse. Which was the plan all along.