It will never end will it…this plague of celebrities wanting to get all political and the Pope continually making political statements on issues that he would do best not to engage with. 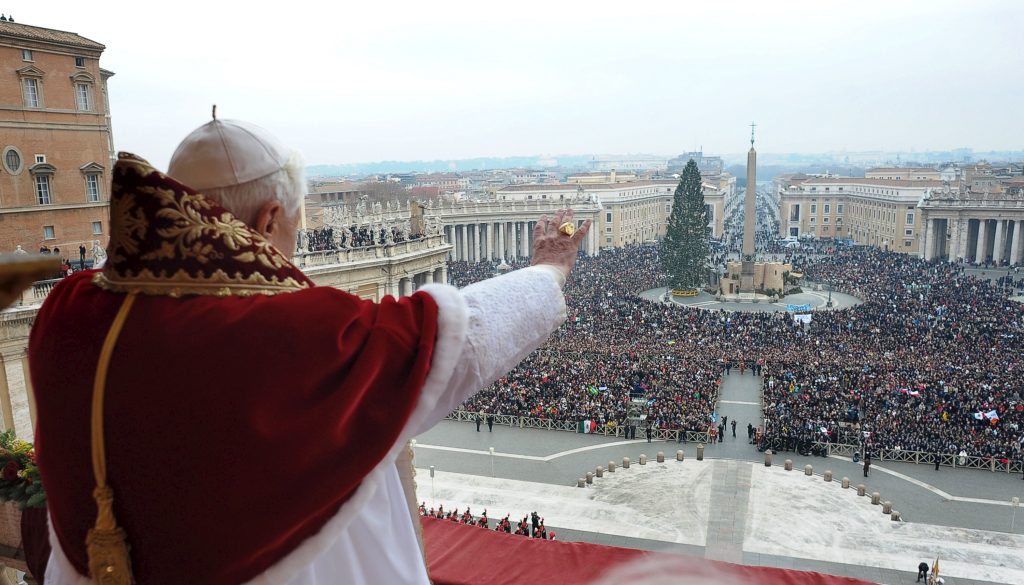 Now Pope Francis has officially decided he would open this year’s Christmas Nativity scene in St. Peter’s Square with a BANG! A bang that is going to shock Christians everywhere due to his sheer audacity to make it a point to get political at a time like this.[2]

He stated that Jesus was a ‘migrant’ who reminds us of the plight of today’s refugees when we look back in time.

He also told donors who have contributed to both the Nativity set and a massive 82-foot tree that the story of baby Jesus and his birth echoes the “tragic reality of migrants on boats making their way toward Italy from the Middle East and Africa today.”

“The sad experience of these brothers and sisters recalls that of baby Jesus, who at the time of his birth could not find a place to stay when he was born in Bethlehem,” the pope said during a brief address in the Vatican’s Paul VI Hall. “He was then taken to Egypt to escape threats from Herod.”

The pope invited those who visit this Nativity scene to rediscover its “symbolic value,” which he called “a message of fraternity, of sharing, of welcome and solidarity.”

The Pope also thanked the children who had come to decorate the tree with the support of a foundation that prepares and organizes ceramic therapy workshops in Italian hospitals for the children with life threatening diseases.

The pontiff told them that “the multicolored ornaments you have created represent the values of life, love and peace that Christ’s Christmas proposes to us anew each year.”

This is not the first time that the Pope has spoken out in support of refugees, as many of you are aware he has done this several times in the past using stories of migration in the Bible.

“Today the current economic crisis unfortunately fosters attitudes of closure instead of welcome,” he said during a weekly audience at the Vatican in October.

“In some parts of the world walls and barriers are being built. It appears that the silent work of men and women who, in different ways, do what they can to help and assist refugees and migrants is being drowned out by the noise made by those who give voice to an instinctive egoism,” he said.

All I have to say is you cannot help others until you are able to help yourself. If you try to, everything just goes to crap…and all suffer.

Also, I can’t help but wonder what Christ’s opinion is on the Pope’s retelling of his birth.