When George W. Bush was president, liberals were so consumed with hatred that there was a name created to describe their blind rage: Bush Derangement Syndrome. But now, with Donald Trump in office, it seems that liberals have moved on to Trump Derangement Syndrome. Example? One college professor said that Texas deserves Hurricane Harvey because they were Trump voters[1]. 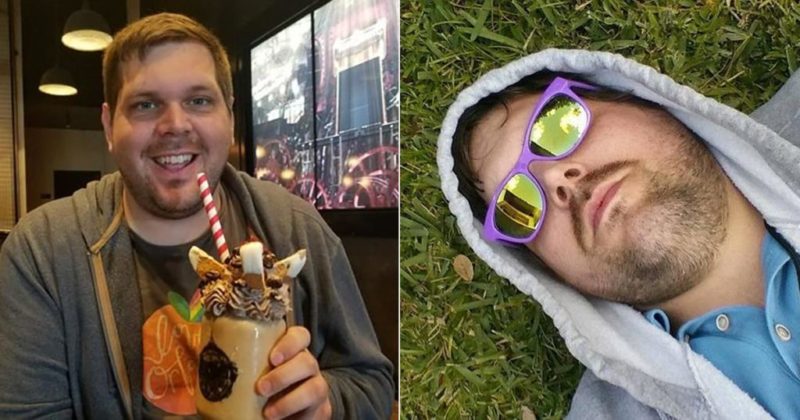 Ken Storey was a professor at the University of Tampa, where he taught sociology. He’s lost his job, though, after sending out some hate-filled tweets saying that Texas deserves the devastation Hurricane Harvey has wrought because it was a Trump state.

“I don’t believe in instant Karma but this kinda feels like it for Texas,” Storey wrote on Twitter. “Hopefully this will help them realize the GOP doesn’t care about them.” People responded right away in outrage, something that Storey should have been able to see coming. 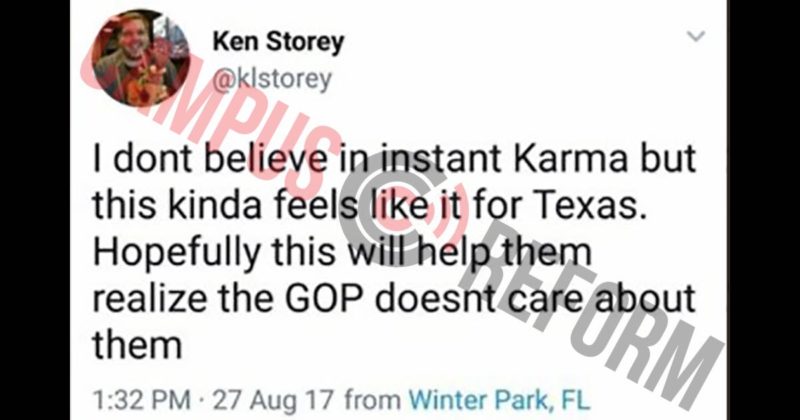 One person responded, that there were “lots of good people in Texas” and that he “may want to rethink this one.” But Storey didn’t back down. “Well, the good people there need to do more to stop the evil their state pushes. I’m only blaming those who support the GOP there,” he said. “I guess since we’re a red state we deserve some bad karma too right,” the same commenter replied. “Yep, those who voted for him here deserve it as well,” Storey concluded.

Not surprisingly, there was instant backlash over Storey’s remarks, as wishing death and destruction on people for having different political views from him doesn’t sit well with most decent people. And it didn’t take long for the University of Tampa to respond — and kick Storey to the curb.

“We condemn the comments and the sentiment behind them, and understand the pain this irresponsible act has caused. Storey has been relieved of his duties at UT, and his classes will be covered by other sociology faculty,” the university said in a statement. “As Floridians, we are well aware of the destruction and suffering associated with tropical weather. Our thoughts and prayers are with all impacted by Hurricane Harvey.”

Do you think he deserved to get fired?