“progressives” in The Media 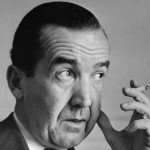 [1]American mainstream media has long been sympathetic to the “progressive” cause. For decades they have made subliminal editorial decisions regarding their reportage in favor of “progressive” concepts and candidates. They, along with teachers, professors, Hollywood producers, screenplay writers and actors have slowly, carefully but consistently nudged American thought farther to the left. 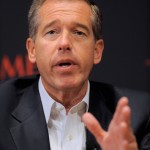 [2]oint: Edward R. Murrow, who was a member of the John F. Kennedy administration and later awarded the Medal of Freedom by Lyndon B. Johnson. Murrow is best remembered for TV news reports that led to the censure of a pro-America Senator Joseph McCarthy. The memory of Murrow is championed by “progressive” outlets such as Newsweek Magazine and NPR. The “progressive” former MSNBC host Keith Olbermann considers Murrow his idol. Members of today’s “progressive” media and “progressive” academia view Murrow’s name as synonymous with journalistic excellence.

[3]he year 2008, once the nomination of Barack Hussein Obama as the “progressive” Democratic Party’s candidate for president was secured, the “progressive” Party Pravda, also known as the American mainstream media, moved beyond the subliminal (and sometimes not so subliminal) bias they had manifested for decades and entered the realm of advocacy.

Media bias against Conservatives and in favor of “progressive” concepts and candidates is nothing new. Look at what they did to Joseph McCarthy, Barry Goldwater, Ronald Reagan, Margaret Thatcher, Dan Quayle and Andrew Breitbart. 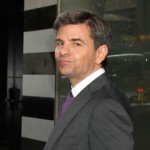 [4]However, in today’s world their tactics have exceeded bias and grotesquely mutated into deifying “progressivism” while vilifying Conservatism. Look at what they have done for Barack Hussein Obama, Joe Biden, Hillary Clinton, Michael Bloomberg, Chuck Schumer, Barney Frank and Chris Dodd. Look at what they have done and are doing to Sarah Palin, Herman Cain, Allen West, Mia Love, Tim Scott, Bobby Jindal, Ted Cruz and Benjamin Carson.

At each and every available opportunity, the “progressive” Party Pravda has eagerly jumped to wrongly suggest that every violent public occurrence was likely committed by a potentially dangerous, Conservative right wing Tea Party extremist type. For example, take the cold-blooded Gabby Giffords shooting, the tragic Newtown Connecticut murders and the Boston Marathon Islamo-fascist terrorist bombing. 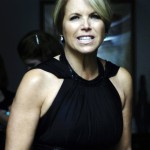 [5]nwhile, what did the “progressive” Party Pravda do to truthfully report what happened in Benghazi, Libya on 9/11/2001, when four Americans were left to die? Did they level with America and disclose that the Obama administration was involved in a massive presidential election year cover-up or did they knowingly and willfully repeat White House talking points in order to aid and abet Obama’s re-election? How about the Department of Justice’s ill-advised, ill-fated Fast and Furious gun running operation which intentionally put semi-automatic weapons into the hands of Mexican drug cartels, where those weapons were involved in the slaughter of hundreds of Mexican civilians and a U.S. Border Agent? Do Americans know the real unemployment numbers and why the reported numbers are artificially low? How many Americans know that the U.S. Senate, under the so-called leadership of “progressive” Senator Harry Reid (D-NV) consciously neglected to pass a budget in four years? Do they know about the gruesomely bloody late term abortion/murder trial in Pennsylvania of Kermit Gosnell? What do they know about the death toll in Syria’s ongoing civil war? 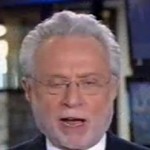 Trusting information disseminated by the “progressive” Party Pravda is a fool’s errand. They are not to be trusted. They are hiding the truth about America’s political system, the federal government’s centrally planned “progressive” controlled academic agenda, the degenerative nature of American popular culture, and intentionally misleading the public about events, facts, figures and the importance of adhering to and restoring America’s exceptional values and historic traditions.

Thanks largely to the “progressive” Party Pravda’s reinforcing wrong headed ideas being infused into the minds of the voting public by academia and pop culture, Americans are seemingly unaware of the shift in America’s political dynamics. They are oblivious to the swing away from the now obsolete century plus old Republican versus Democrat political paradigm.