It’s not a secret that liberals don’t like soldiers. The troops tend to be conservative, patriotic, comfortable with guns, and they’re willing to use violence to kill enemies of America. Liberals typically find all of these things abhorrent and it chafes them to no end that the American people hold soldiers in such high esteem. No matter how many movies they make portraying soldiers as vicious drones, how many snide comments they make, or how many articles like this one from Steven Salata are written[1], they can’t talk Americans into detesting the troops. 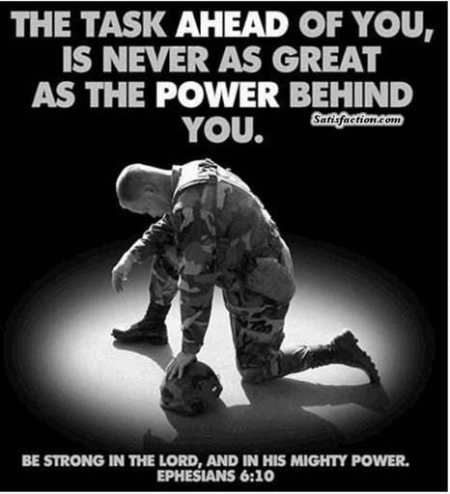 In addition to donating change to the troops, we are repeatedly impelled to “support our troops” or to “thank our troops.” God constantly blesses them. Politicians exalt them. We are warned, “If you can’t stand behind our troops, feel free to stand in front of them.” One wonders if our troops are the ass-kicking force of P.R. lore or an agglomeration of oversensitive duds and beggars.

….Clichés aren’t usually meant to be analyzed, but this one illuminates imperialism so succinctly that to think seriously about it is to necessarily assess jingoism, foreign policy, and national identity. The sheer vacuity and inexplicability of the phrase, despite its ubiquity, indicates just how incoherent patriotism is these days.

Who, for instance, are “the troops”? Do they include those safely on bases in Hawaii and Germany? Those guarding and torturing prisoners at Bagram and GuantÃ¡namo? The ones who murder people by remote control? The legions of mercenaries in Iraq? The ones I’ve seen many times in the Arab world acting like an Adam Sandler character? “The troops” traverse vast sociological, geographical, economic and ideological categories. It does neither military personnel nor their fans any good to romanticize them as a singular organism.

….Ultimately, the support we’re meant to proffer is ideological. The terms we use to define the troops – freedom-fighters, heroic, courageous – are synecdoche for the romance of American warfare: altruistic, defensive, noble, reluctant, ethical. To support the troops is to accept a particular idea of the American role in the world. It also forces us to pretend that it is a country legitimately interested in equality for all its citizens. Too much evidence to the contrary makes it impossible to accept such an assumption.

You get the idea: hate Americans, hate the troops, blah, blah, blah. It’s the standard rap that liberals lay on each other that they typically run from in public because it’s political poison — but in this case, Steven Salada is out in the open saying what liberals typically keep to themselves.

Incidentally, Steven Salada? He’s an associate professor of English at Virginia Tech. That’s not surprising, but any man who writes an article like this has no business teaching students.