Schumer Starts FIGHT With Army War Vet, Only To REGRET Every Word Soon AFTER!

Democrats are not known for being very military-friendly. And lying is something that liberals do as often as they breathe. When the two come together, it is not pretty… and Chuck Schumer just learned that the hard way[1]. 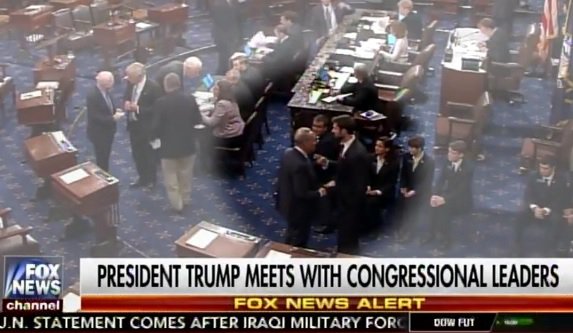 Schumer had asked that Mike Pompeo’s confirmation as CIA director be delayed for a day. In return, he promised to voice vote for Pompeo on the day of Donald Trump’s inauguration, along with his colleagues. But when the inauguration rolled around, Sen. Ron Wyden, D-Ore., suddenly demanded that the vote be delayed.

This caused an argument to break out between Schumer and Sen. Tom Cotton, R-Ark., an Army veteran. Schumer tried to argue that the Senate had never confirmed a CIA director on Inauguration Day. He also took a low blow at Cotton, saying that if he’d been around eight years ago, he would have known that Republicans did the same thing to Barack Obama’s CIA pick on his inauguration.

Cotton did not take kindly to that remark. “Eight years ago, I was getting my ass shot at in Afghanistan,” Cotton retorted. “So don’t talk to me about where I was eight years ago.”

The feud wasn’t over, though. Cotton demanded to know why Schumer reneged on his promise. And Schumer put the blame squarely on Wyden. “I said that I would not block him,” Shumer said. “I’m not telling Ron Wyden to do this. Why don’t you go talk to Wyden?” Refusing to accept responsibility: how very liberal of him.

Pompeo ultimately was confirmed on Monday morning. Schumer may have earned himself a new enemy in the Senate, though.