White House Press Secretary Sean Spicer is, for all intents and purposes, the public face of the Trump administration. And that can clearly have its downfalls, as Spicer found out firsthand when he visited an Apple store this weekend[1]. 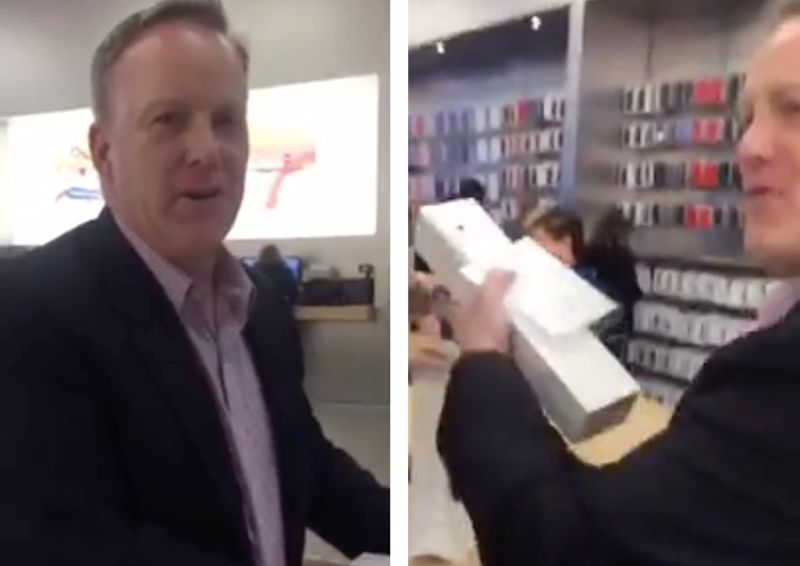 Spicer was shopping when a woman confronted him in the store. And to make it worse, she was filming the entire exchange.

“How does it feel to work for a fascist?” she asked him. “Have you helped with the Russia stuff? Are you a criminal as well? Have you committed treason too, just like the president?” Spicer tried to keep his cool and simply responded, “Such a great country that allows you to be here.” He then continued his shopping, while trying to ignore the woman, who continued to follow him around the store.

She kept asking him if he “felt good” about working for a fascist and about “lying to the American people.” She then tweeted out a video of the exchange:

Asking @PressSec[3] questions in Apple Store since he doesn't like the press. https://t.co/l493z2gG4x[4]

Last month, the same Twitter user bragged about blocking Education Secretary Betsy DeVos from entering Jefferson Academy in Washington, where protesters blocked the entrance. She’s since been enjoying her newfound “celebrity” and wrote an op-ed for Medium[6] about the encounter, where she accused Spicer of racism for saying “such a great country that allows you to be here.” “I am still stunned by the boldness of having my citizenship threatened on camera,” she wrote. “I was not polite. But when does being impolite mean that I should be thrown out of the United States of America? The country I was born in, the country I was raised in, the country I love despite its flaws.”

What do you think about the video?