Socialized Medicine Doctor: ‘we should stop trying to cure cancer’ it is ‘best option for an ageing population’

If only old people would just hurry up and die — that’s the point of view for most proponents of socialized medicine around the world. Case in point is British doctor Richard Smith, who says we should stop trying to cure cancer because it’s best for elderly people to just go ahead and die. 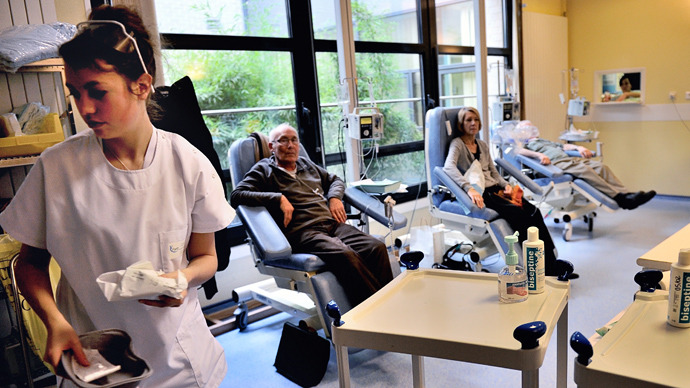 Cancer is the best way to die because it gives people the chance to come to terms with their own mortality, the former editor of the British Medical Journal has claimed.

Dr Richard Smith, an honorary professor at the University of Warwick, said that a protracted death allowed time to say goodbye to loved ones, listen to favourite pieces or music or poetry and leave final messages.

He claimed that any pain of dying could be made bearable through ‘love, morphine, and whisky.’

Writing in a blog for the BMJ, Dr Smith admitted that his view was ‘romantic’, but said charities should stop spending billions trying to find a cure for the disease because it was clearly the best option for an ageing population.

… Dr Smith, who also worked as a TV doctor for the BBC and TV-AM for six years, is now chair of both the medical records company Patients Know Best and the International Centre for Diarrhoeal Disease Research.

He added: “I often ask audiences how they want to die, and most people chose sudden death.

“That may be OK for you,” I say, “but it may be very tough on those around you, particularly if you leave an important relationship wounded and unhealed.

“Death from organ failure—respiratory, cardiac, or kidney—will have you far too much in hospital and in the hands of doctors.

“(And) the long, slow death from dementia may be the most awful as you are slowly erased.”

Dr Smith warned people to ‘stay away from overambitious oncologists’ and said that charities should stop wasting billions trying to cure the disease and ‘potentially leaving us to die a much more horrible death.’

What about people who get cancer who aren’t elderly, but are very young — are they just collateral damage to Dr. Smith’s vision? It’s also hard to figure out what world this guy in living in that he thinks dying of cancer gives someone a peaceful, lovely death.