Sorry I Called You a Nazi on International TV! Comedian FORCED to Apologize After Smear

Liberal comedienne Samantha Bee has made a name for herself skewering conservatives as often as she can. But she stepped in it big time Thursday, when her show mocked someone at CPAC for having “Nazi hair”… only for it to be revealed that he was actually a cancer patient. She was forced to apologize[1], but it may be too little, too late. 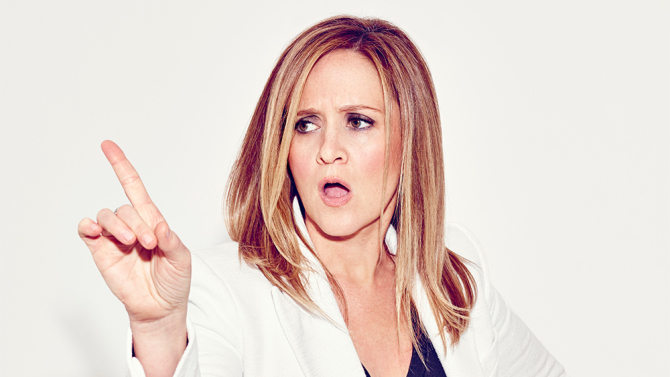 The clip of the men at CPAC was aired on “Full Frontal with Samantha Bee,” showing several men at CPAC, including Kyle Coddington, a contributor for the Outset Network. It was recently reported there that Coddington had cancer and had recently completed his first round of chemotherapy and radiation treatments. He had been diagnosed with Stage 4 Glioblastoma, an aggressive brain cancer.

It didn’t take long for Coddington to notice that he had been spotlighted and ridiculed on the show, and he responded on Twitter:

His sister also responded on Twitter, slamming the show for mocking her brother:

When @iamsambee[3] makes fun of your brother for having "Nazi hair." He actually has stage 4 brain cancer, but whatever floats your boat. pic.twitter.com/ULJC8nA3IX[6]

We deeply apologize for offending @_that_kyle[8] in our CPAC segment. We only learned of his condition today & have removed him from the piece.

But it was too little, too late for Coddington. “I want to make it clear that half-apologizing for offending someone is not apologizing for making baseless accusations against people because of the way they look,” Coddington said in a statement. “This kind of behavior should be rejected by both sides of the aisle.”

He also released an official statement and posted it on Twitter:

It’s interesting that no one at Bee’s show could be bothered to do approximately 30 seconds of Googling before they decided to air a segment mocking a cancer patient. She stepped in it big time and now she’s paying for it. Whoops!