Starbucks CEO Is Asked Why Hiring Refugees Over Americans Is Right – His Response? [WATCH]

It’s a heavy burden running a multi-billion dollar company. So many are so disturbed by all the millions they earn and the billions their companies earn that they have some sick need to compensate[1] by trying to be social justice warriors for the lowly people…

One CEO, who will remain nameless, even had the gall to say in an interview that he was a “capitalist with a heart.”

Well, when it comes to business, ethics is all they need. They can leave the social justice complaint of the day at home because so many of them make policies contrary to their companies and their stockholders best interests. 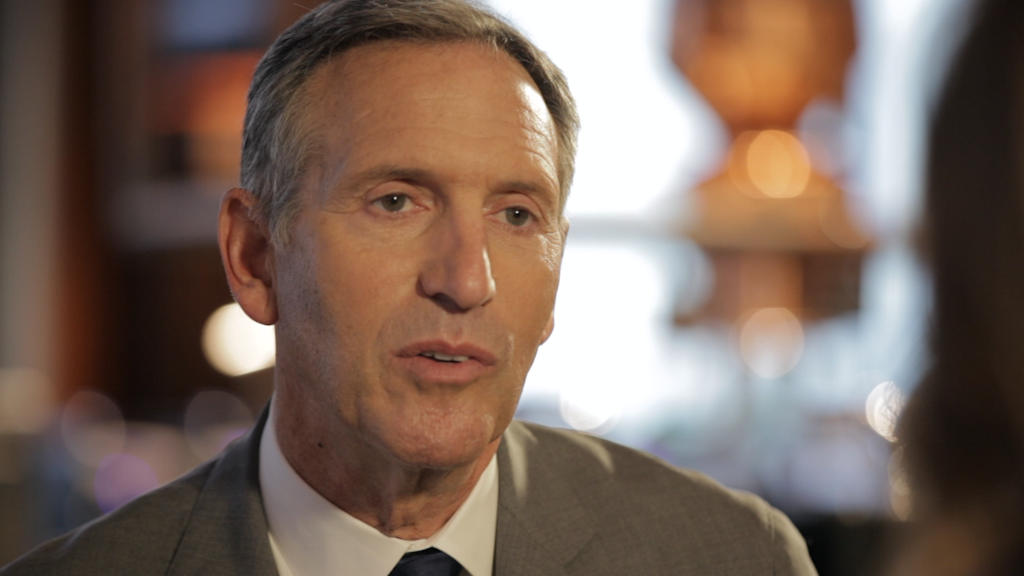 Here is a prime example of that loony business sense from Starbucks CEO, Howard Schultz.

“In January, Schultz directed Starbucks to announces its plan to hire 10,000 “refugees” in the United States and other countries after President Donald Trump issued his popular Executive Order putting a temporary moratorium on travel from a list of seven terror-torn countries.”

“Millions of Americans have fallen out of the labor force since 2007, so Starbucks’ policy caused a consumer pushback, and Starbucks brand name took a major hit among potential customers. Perception levels of the Starbucks brand name fell by an incredible two-thirds since its January announcement, according to a YouGov survey, as reported by Yahoo Finance. The stock value dropped below $54 per share but has since recovered to $55.89.”

It is not hard to see why some are displeased by Schultz’s refugee hiring policy, speculating why an Iraqi refugee would be permitted to “cut in line” in front of a veteran, teenager, senior, or legal immigrant that have been trying to work at a crappy bath-roomed Starbucks.

But it wasn’t too long after Schultz’s comment, that he was forced to face his companies investors at a shareholders meeting.

“This shareholder meeting was more of a validation of Howard Schultz’s liberal political agenda than a report to the company’s investors. Large portions were devoted to self-congratulation for promoting social justice than how the company is poised to differentiate its products in an increasingly competitive market.”