Surprise: Yet Another Hate Crime Blamed On Trump Turns Out To Be A Hoax 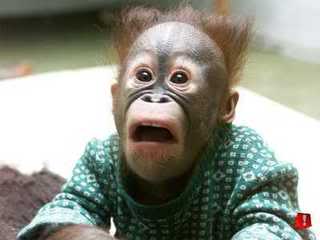 (Daily Caller[2]) A church organist was arrested Wednesday after he vandalized his own church with a swastika and pro-Trump graffiti in order to “mobilize a movement.”

George Nathaniel Stang, 26, admitted in a handwritten statement to spray painting a swastika, “fag church,” and “heil Trump” on St. David’s Episcopal Church in Bean Blossom, Indiana. “I suppose I wanted to give local people a reason to fight for good, even if it was a false flag,” Stang wrote, according to a local NBC report[3]. “To be clear my actions were not motivated by hate for the church or its congregation. I of course realize now, this was NOT the way to go about inspiring activism.”

The incident occurred in November shortly after President Trump was elected and was widely covered by the press. The Washington Post reported[4] on it and connected it to Trump’s victory, “The offensive graffiti at St. David’s is among numerous incidents that have occurred in the wake of Trump’s Election Day win.”

Liberals love creating hoaxes in order to mobilize their moonbat compatriots, and when they get caught, they aren’t even contrite. Stang has been charged with institutional mischief, a misdemeanor, so, he’ll probably get a small fine and some community service. He most like will not serve the maximum of 1 year in jail, nor any jail time.

Of course, even as yet another hate crime hoax is exposed, the Typical Players who commit them will not give them up. It’s too easy to create a narrative to demonize Republicans and Conservatives in this manner. The original act gets huge national, and even international, press and TV coverage, and the reality may not even get any coverage beyond the local news outlets and a few Conservative leaning ones such as the Daily Caller.