TRIGGERED! Liberals To BAN Cheering And Clapping Because Of Who It Offends

You might think that this is a satire piece, but I assure you that by the end of this article you’ll realize that this was too ridiculous for even the Onion to be able to come up with.

Liberals like to think that they are helping marginalized communities with the rules and laws and bans, but the reality is that they have solutions that are in search of problems. They have some of the worst ideas regarding how to make people feel included and it makes the rest of us roll our eyes so hard that it hurts.

Now, “whooping” and “clapping” are up for debate at the National Union of Students, who feel like actions “exclude deaf people.” Because apparently deaf people don’t have hands? Perhaps I’m incorrect on what being deaf actually entails. 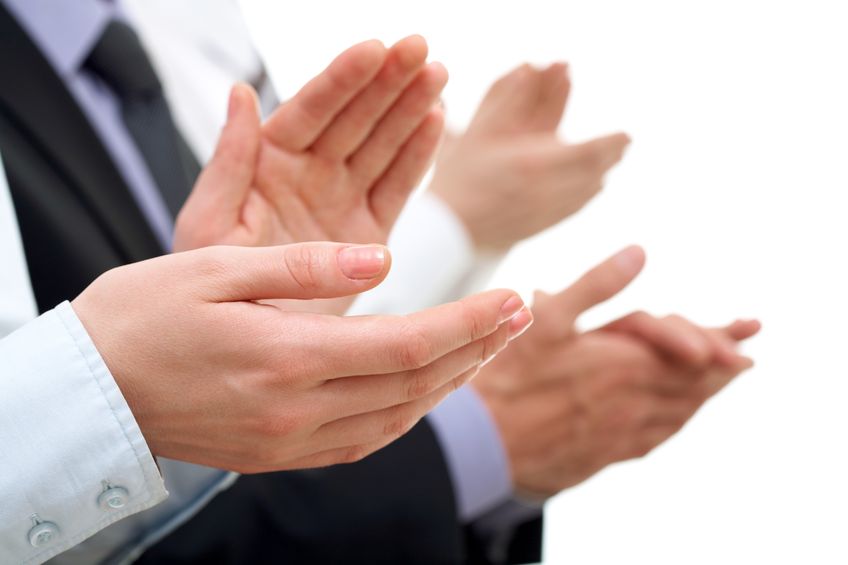 Audience members at the conference were chastised for clapping and whooping because it left out their deaf peers and those who continued to do it despite the warnings would receive some sort of punishment.

Instead, they were encouraged to use “jazz hands” which is done by waving your hands back and forth. Yes, nothing expresses your agreement like shaking your hands about mildly. I can sense the excitement in the air as a deadly silence is broke periodically by the sound of cufflinks jangling. Ahhh. Palpable.

So clapping triggers anxiety and expressing your excitement/agreement verbally is offensive to deaf people.

My question is this: Are deaf people actually complaining about this, or is it more white liberals who are trying desperately to be offended on someone else’s behalf? Because while I don’t know a lot of deaf people, I am curious to know exactly how this came up. Again, this seems to be a solution in search of a problem.

This is a ridiculous trend that has to stop come 2018. This is not a sustainable atmosphere. If we follow it to its natural conclusion, we’ll all end up killing ourselves because it’s not fair that some people have to die while others live. Life isn’t fair and nobody in their right mind thinks it will be. The fact that these people are trying so hard to fix problems that don’t even exist is absurd. This SJW crap is just going too far.

Is me walking offensive to people in wheelchairs? Whoops, better stop using my legs.

Is my reading offensive to people who are blind? Whoops, better never see again.

Can you see how ridiculous this is?