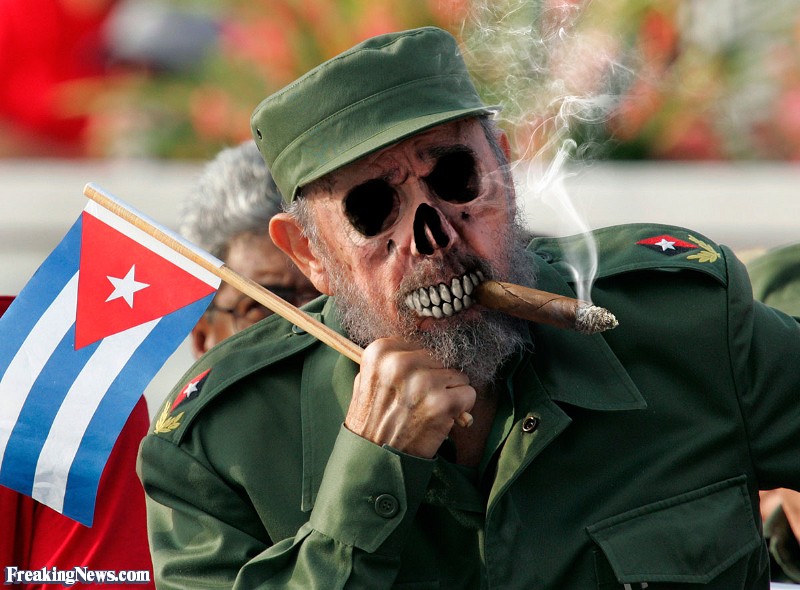 One can usually rely on the Editorial Board of the Washington Post to be very much in sync with the pulse of the Progressive (nice fascist) left, which makes this editorial piece notable. While so many Progressives are extolling the virtue of Fidel Castro, such as Canada’s Prime Minister Justin Trudeau[2], Green Party candidate Jill Stein[3], UN General Secretary Ban Ki-moon[4], US Secretary of State John Kerry[5], among others, Donald Trump[6] slammed the guy as the brutal dictator he was, as did Marco Rubio[7] and Ted Cruz[8], among others, and want you to remember the victims of Castro, which is a similar stance from the WPEB

IN CONTRAST to his long life of violence, both verbal and physical,Fidel Castro’s demise at 90 was, apparently, peaceful. Cuba’s communist dictator from 1959 until illness obliged him to hand control to his brother Raúl in 2006, Mr. Castro did not so much die as fade away. It was an unlikely conclusion to a turbulent career that Mr. Castro’s many enemies, including successive U.S. administrations, might gladly have ended more abruptly many years ago.

Mr. Castro’s legacy is a 57-year-old “revolution” that once punched above its weight in world affairs, especially in Latin America, but in more recent years became a decrepit museum piece of Soviet-style totalitarianism. Over Fidel’s objections, Raúl Castro has tried to adapt and preserve the regime, including through an opening to the United States. Too eagerly reciprocated by President Obama, that initiative has brought in more U.S. dollars and tourists but no relief from stifling and frequently violent repression of speech, assembly and other basic human rights.

For those “achievements,” however, the Cuban people paid a terrible price — far higher than they could have expected when Mr. Castro roared into Havana, promising to restore political freedoms lost under the U.S.-backed dictatorship that he ousted. Though counterproductive to his ostensibly humane social policies, Mr. Castro’s political repression reached an extreme that would have made his predecessor, Fulgencio Batista, blush.

Remember, this is a guy so many Progressives revere, along with Che, Stalin, and Mao.

It began with mass summary executions of Batista officials and soon progressed to internment of thousands of gay men and lesbians; systematic, block-by-block surveillance of the entire citizenry; repeated purges, complete with show trials and executions, of the ruling party; and punishment for dissident artists, writers and journalists. Mr. Castro’s regime learned from the totalitarian patron he chose to offset the U.S. adversary — the Soviet Union, whose offensive nuclear missiles he welcomed, bringing the world to the brink of armageddon. Mr. Castro sponsored violent subversive movements in half a dozen Latin American countries and even in his dotage helped steer Venezuela to economic and political catastrophe through his patronage of Hugo Chávez.

This is the real person the political left dotes on. Good for the WPEB in correctly identifying Castro, and what the extreme version of Progressivism brings to the table.