Strange doesn’t quite cut it to describe this one.

You’ve heard the expression “good enough for government work?” It usually denotes the mediocrity and haphazardness of bureaucratic performance.

That expression describes a lot. It does not, however, describe this[1] – which is not mediocre and, as it turns out, is not quite good enough for government work. 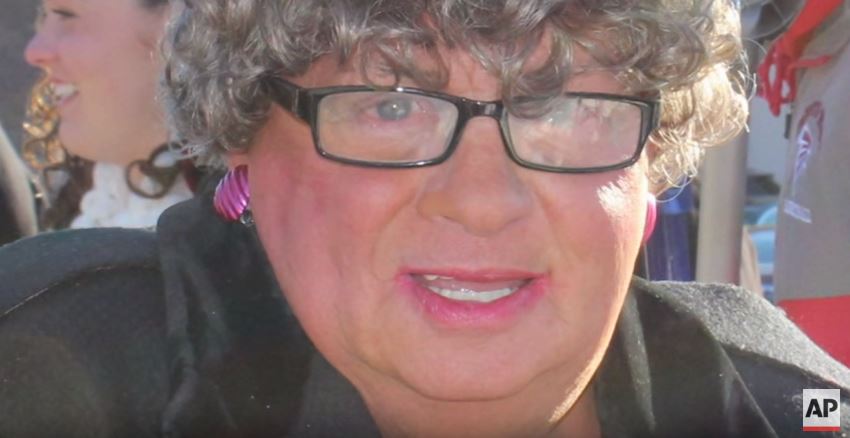 Behind a wig, lipstick and a name tag reading ‘‘Cranston Senior Home Resident” was a middle-aged man asked to pretend to be an elderly woman for a photo-op when no seniors showed up for a press conference touting a program offering high school students extra credit for snow shoveling for senior citizens.

The event took place in Cranston, Rhode Island, outside the Cranston Senior Enrichment Center and featured Cranston Mayor Allan Fung. But the elderly woman standing beside the Mayor was not elderly, nor was it a woman. It was the center’s bus driver in a wig and lipstick.

Cranston Elder Affairs Director Sue Stenhouse asked the driver to dress up when no actual senior citizens were in attendance at the event. When confronted with the accusation by the local NBC affiliate, Stenhouse originally called the allegation “bullshit[3].” A few days later she admitted the rouse and resigned.

There’s video of all this…

The official lost her job, but of course the real justification for her getting fired was the idea to have a photo op in 26 degree weather at which ostensibly there would be frail senior citizens standing out in the cold in the first place.