More importantly, the media narrative that Boston was just some minor event with no links to any wider Muslim extremist movement continues, as witnessed in Fareed Zakaria’s op-ed[1]. 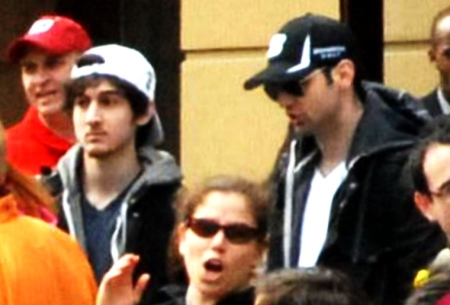 As we learn more about the brothers Tsarnaev[3], we are inclined to ask larger questions about their apparent descent into terror[4]. What does it tell us about radical Islam, Russian immigrants, Muslim communities and the breakdown of assimilation? The most accurate answer might turn out to be: not much. Larger phenomena might be at work – but these two young men might not reflect any rise or intensification of trends. It seems they are just two alienated youths who turned toward hate and then, allegedly, to murder.

That was the point the brothers’ uncle Ruslan Tsarni made when he called his nephews “losers[5].” He was arguing against the notion that the boys represented a larger community. He and his family, after all, were part of the same Chechen migration to the United States and are well-adjusted, law-abiding and thoroughly American.

Of course, there’s the point where the CIA wanted the older brother on a watch list[6], and Russia was pushing the FBI hard to watch Tamerlan, something they rarely do. There’s lots and lots[7] of material that they continued to radicalize. They were more than just “alienated youths”. Those folks don’t generally fly halfway across the world to an area known to support and train Islamic jihadis. But the point is to attempt to divest this attack from the wider world of Islamic terrorism.

Since 9/11, foreign-inspired terrorism has claimed about two dozen lives in the United States. (Meanwhile, more than 100,000 have been killed in gun homicides and more than 400,000 in motor-vehicle accidents.) One crucial reason the number of terrorism deaths is so low is that America does not have large pools of alienated immigrants. Polls repeatedly have shown that Muslim immigrants to the United States embrace core American values. The American assimilation machine continues to function well.

So, the Leftist cries of “Islamaphobia!!!!!!!” are pretty much a bunch of mule fritters. And, let’s be clear: the government has done a decent job in uncovering plots here in the US. Also, much like in Europe, the Islamists are careful and intent on forcing their hardcore Islam views peacefully. Europe has seen this occur for a much longer period of time, where Sharia has integrated itself into the laws of many countries, or the hardcore Muslims have been allowed to have their own separate legal system from the rest of the nation. That’s what the Islamists push here, taking advantage of the Left’s “multiculturalism” and “diversity” craziness, along with the Left’s willfull blind eye to the actions, which leads Leftists to freak out any time the Islamists are attacked.

Rather than ostracize or embarrass Muslims in the wake of Boston, the smarter move would be even greater outreach – so that the next time someone began to act strangely, community leaders would pick up the phone and call their friends in the police.

That sounds exactly like the argument to legalize the illegal aliens. A better idea would be to attempt to Westernize those who are in danger of going down the road to hardcore Islam, getting them away from that life. The point Zakaria is attempting with this is to get America to change, not to get the Muslims to change. As one person at the WP comments

For a week, Fareed thought about this vicious attack by Jihadis that killed and maimed almost 200 Americans.

You know what he came up with?

Americans aren’t welcoming enough to potential terrorists that we allow to move here.

True: this seems to be another Blame America first article, along with saying that there is no wider meaning with any links to radical Islam. You can bet Fareed would be blaming the whole if these guys had been NRA members, TEA Partiers, or Romney voters.