Aspiring Pol Praises Communist Dictatorships for Getting a Handle on Obesity

There is one good thing about communism. James Cracknell, an Olympic rowing medalist and aspiring politician, zeroed right in on it during an interview with Sky News yesterday:

“If you think of the two countries of the world that have got a handle on obesity, what do you think they are? Which two countries?” he asked the co-hosts of the show. Before waiting for an answer from the co-hosts next to him, Cracknell continued, “North Korea and Cuba. See, they are quite controlling on behavioral change — you have to get people to buy into it.”

A bullet to the back of the head takes care of those who don’t buy into whatever the regime is imposing — not that there is much to eat anyway in countries under the thumb of communism. Communist rulers spend the nation’s wealth on the military and their own extravagant living, leaving their victims barely enough to survive — often less than enough.

“Well, people are starving in North Korea, aren’t they? They’re not obese because they haven’t got any food,” co-host Jonathan Samuels responded.

“Exactly. But there were sanctions and everything else — the example is, it’s behavioral change,” he said.

Imposing behavioral change — that’s what government is all about these days.

Now for the really scary part:

Cracknell is planning to run for Parliament in 2020 as a member of the Conservative Party, and hopes to make government crackdown of obesity a central issue in his platform.

If this is what a conservative currently looks like in Britain, the lefties should be sufficiently tyrannical and insane to make the voters scream out loud in horror. 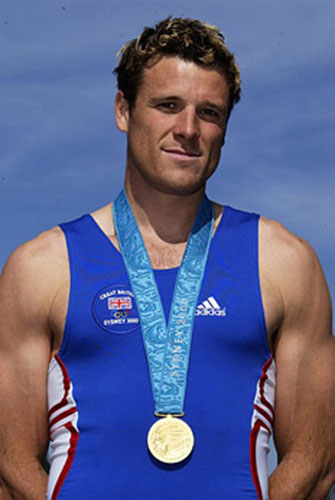