Like Arnold Toynbee said about civilizations dying not by murder but by suicide:

Finland has become the first country in Europe to pay its unemployed citizens a basic monthly income, amounting to 560 euros ($587), in a unique social experiment which is hoped to cut government red tape, reduce poverty and boost employment.

Cut red tape by expanding the welfare state. Reduce poverty by paying people to be poor. Boost employment by paying people not to work or even look for work. Some concepts are so stupid that stupidity alone cannot explain them.

At least they are starting off small…

Olli Kangas from the Finnish government agency KELA, which is responsible for the country’s social benefits, said Monday that the two-year trial with the 2,000 randomly picked citizens who receive unemployment benefits kicked off Jan. 1.

Those chosen will receive 560 euros every month, with no reporting requirements on how they spend it.

Drug dealers will be delighted.

Kangas said the scheme’s idea is to abolish the “disincentive problem” among the unemployed.

Here’s how that works:

The trial aims to discourage people’s fears “of losing out something”, he said, adding that the selected persons would continue to receive the 560 euros even after receiving a job.

That is, taxpayers will be forced to pay these people to be unemployed, even if they are employed. Voilà, the disincentive issue has been addressed.

However, for many, getting paid even if you don’t work is disincentive enough when it comes to seeking employment. The Third Worlders flooding into Europe are likely to regard €560/month as more than enough.

Finland’s unemployment rate is over 8%. To get a job may require effort. It may even require doing something you don’t feel like doing. Layabouts can rejoice that they won’t be forced to confront such unpleasantness if the program is expanded to the entire population.

Kangas said the basic income experiment may be expanded later to other low-income groups such as freelancers, small-scale entrepreneurs and part-time workers.

Why work full time if you get a €560/month supplement for working part time?

One of these days, economic reality is going to catch up to Europe in a large, painful way. Maybe that will remind people why property rights are so important. If we keep in mind that wealth by right belongs to those who create it, it is easier to avoid economic lunacy. 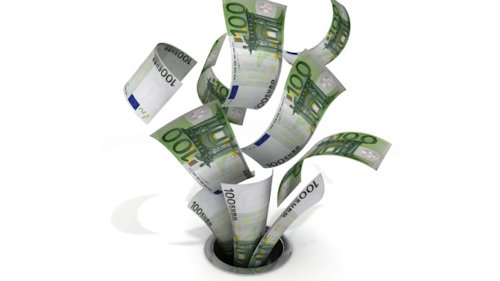 On a tip from Torcer. Hat tip: Hot Air. Cross-posted at Moonbattery.