Democrats had good reason to be willing to fall on their swords to ram through ObamaCare despite public opposition. Due to the ratchet effect of any government handout on which people become dependent, it will probably never truly be repealed, and control of healthcare is a gateway to control of everything else. Not only can it be exploited to justify new taxes and proscribe behavior, healthcare can be invoked to socialize other sectors of the economy, such as housing:

[Hawaii] state senator, Josh Green, has introduced a bill to classify homelessness as a medical condition.

The prescription: a free house, paid for by someone else.

He wouldn’t hand out free houses to just anybody — only to special people:

As envisioned by Green, doctors could prescribe housing on a case-by-case basis. In order to qualify, the patient must have been homeless for at least six months and suffer from mental illness or a substance addiction.

It’s easier than qualifying for a decent job. 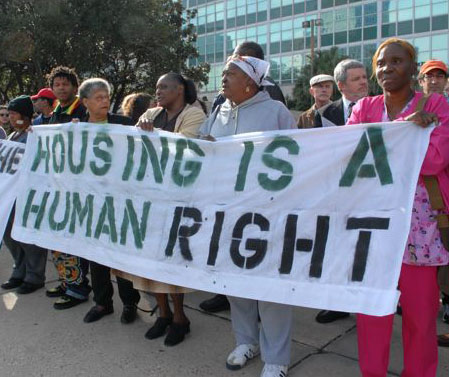 Patience, commie moonbats. We’re getting there.

On tips from J and Artfldgr. Cross-posted at Moonbattery.