The Massachusetts Institute of Technology has traditionally been associated with the brightest minds in constructive fields like engineering. But now, like most of academia, it is succumbing to moonbattery:

MIT Press is out with a new book that teaches children the tenets of Karl Marx with fairy tales.

Communism for Kids, written by a German author who specializes in political theory and “queer politics,” was released last month. The thesis of the children’s book is that communism is “not that hard,” but has not been implemented in the right way.

If 100 million killed (and hundreds of millions more subjected to wretched conditions) by their own communist governments in the course of the 20th century were not enough to get moonbats to admit that communism is evil, nothing could ever be. Cluelessness is no longer an excuse; by now we know that communism’s advocates and apologists are as wicked as those who have imposed this ghastly system of universal slavery.

“Once upon a time, people yearned to be free of the misery of capitalism. How could their dreams come true?” a plot synopsis for the book reads. “This little book proposes a different kind of communism, one that is true to its ideals and free from authoritarianism.” 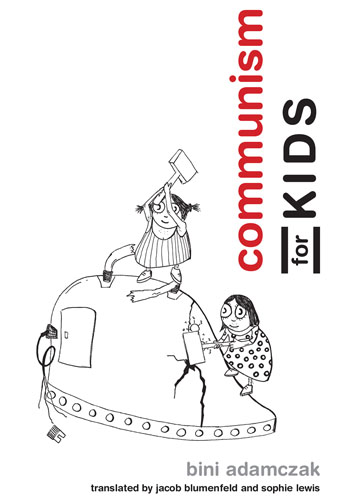 Must reading for moonbats.

On tips from Torcer and Steve A. Cross-posted at Moonbattery.