DID YOU SEE THIS?! Texas Capital Replaces Columbus Day With ‘Indigenous Peoples’ Day’ 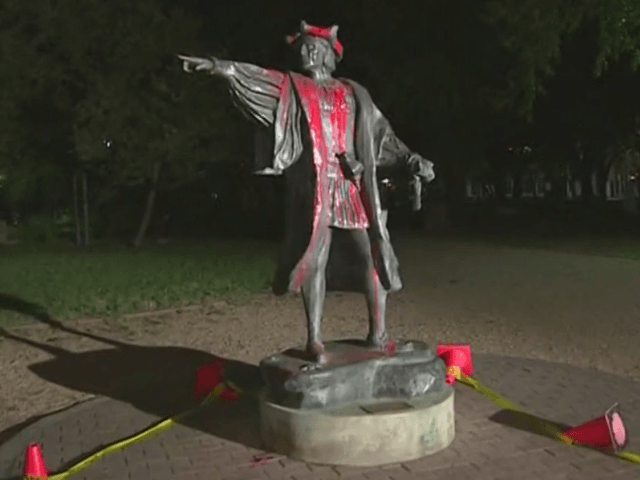 The Austin, Texas City Council has just voted to no longer recognize Columbus Day, instead changing the holiday over to Indigenous Peoples’ Day.

Austin is following in the footsteps of Berkeley, Seattle, Denver, Albuquerque, Phoenix and Los Angeles in shedding their support for Columbus Day in order to “create a path of healing and reconciliation.” According to Austin City Council, October 12th 1492 was the day that started “the colonization of indigenous people that forever changed their identity, culture and achievements.” Well, they hadn’t yet achieved the wheel and every single other ethnic group on the planet has been knocked over by an invading faction (except maybe the Mongols).

The City recognized the resolution that states that they “oppose the system racism” that they believe is constantly directed at indigenous people in the States. Other left-wing buzzwords make an appearance, like “equity gap” and “values of intolerance and violence.” The long and short of it is that they think Columbus is evil and statues are the only thing that keeps native Americans down. Oh, and everyone is racist towards indigenous people and should probably hand over money to solve that “equity gap” that makes it difficult to earn.

The largely Italian descent Catholic mens’ organization Knights of Columbus has complained to one Councilwoman who said that the resolution was “disrespectful to their heritage” and suggested that instead of getting rid of Columbus Day, they could declare that the holiday is both Columbus Day and Indigenous Peoples’ Day. No dice.

At the end of September, Antifa declared “Deface Columbus Day” would take place on October 9th[2], tweeting out the hashtags #F**kColumbusDay and #DestryColonialism. So that’s one swear word and one misspelling of “Destroy.” Brilliant.

Attacks on Columbus have been happening for years. In 2015, Black Lives Matter threw red paint all over a Columbus statue in Boston[3] and wrote their organization’s name on it.

The Interim City Manager of Austin, Elaine Hart had to remind the Council that Columbus Day is still a federal holiday and that the Council could not get rid of it, but said that they did have the power to change the way that it is referred to on city calendars. So, they wasted all that time to change a few online calendars.

The most recent South Park episode touched on the topic of tearing down statues, specifically those of Columbus himself. While the adults are busy talking about political correctness, the kids are only devastated because cancelling Columbus Day would mean they’d have to go to school. I think I like their rhyme and reason better. 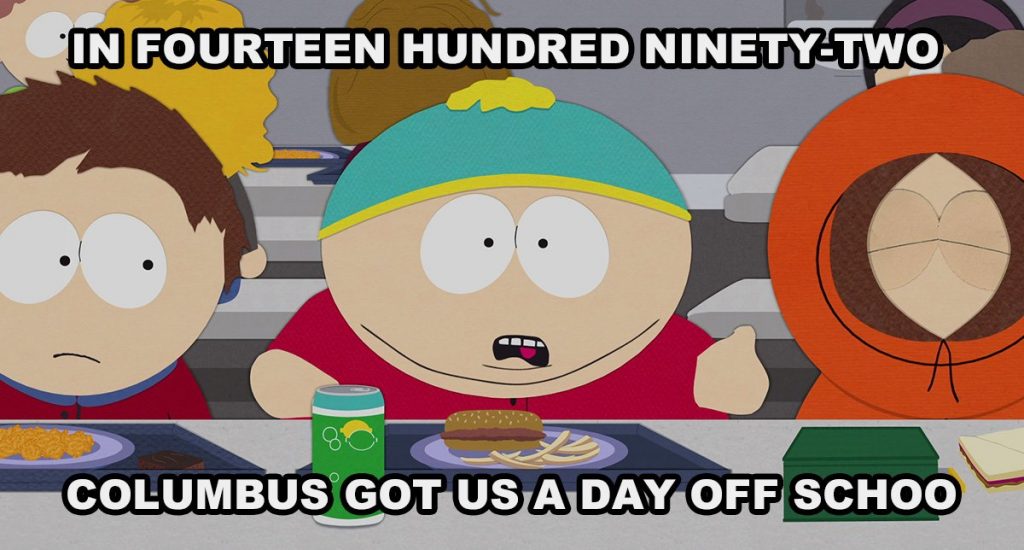