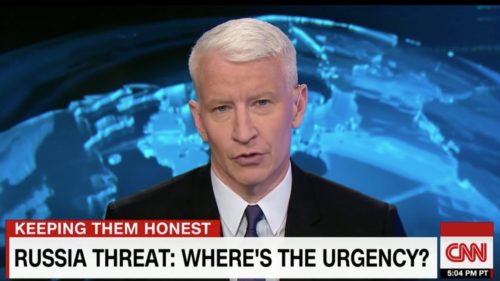 Anderson Cooper[2] is descended of the great Gilded Age industrialist, Cornelius Vanderbilt. Yes, that Cornelius Vanderbilt, the great shipping and railroad tycoon who, along with his fellow Gilded Age tycoons, built most of America’s great cities. And with such distinctive lineage, it seems like we could expect a higher level of discourse from Cooper. But alas, we cannot. Cooper is a Leftist journalist who regularly attacks our President Trump, himself a modern tycoon who has built much of New York City and many other places around the world.

Anderson Cooper’s focus, for weeks now, has been the purported collusion of Trump and Russia to “hack” last November’s Presidential election. After ten months of investigations, there is still absolutely no evidence of this alleged collusion. But that does not stop people like Cooper from fanning the flames of fake news. 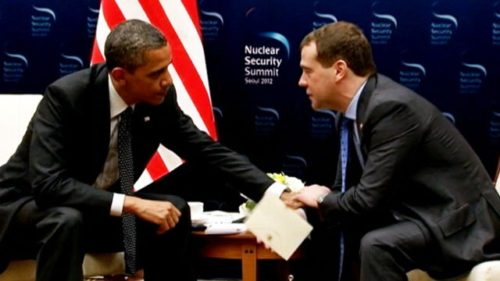 Recently, Cooper, in an attempt to once again demonize Trump, actually ended up making his beloved Obama the fall guy. Why? He blamed Trump for something that was Obama’s responsibility. Because, as Cooper asserted, Trump and his people “continue to be blasé about it.”

He further said that Trump’s only interest in the Russia situation is rooted in protecting his reputation. Cooper finished up by saying, “The common thread seems to be a lack of interest in the actual threat.”

The problems with all of this are manifold. One, given the lying liars of Liberal media, Trump’s decision to protect his reputation is understandable. Two, if the Russians meddled in the election, it happened, not on Trump’s watch, but on Obama’s. What the heck was he doing all that time? Three, apparently Obama was warned that Russia was attempting to influence the election. But given that Obama was the guy caught promising in a whisper on a hot mic a few years ago, that he’d have “more flexibility after the election” to then-Russian President Medvedev and his incoming replacement Vladimir Putin, it’s hardly surprising he did nothing. So, who’s in cahoots with Russia? No evidence at all to suggest it was Trump. But plenty of evidence to suggest it was the Obama administration who failed to handle whatever threat Russia posed during the election.

Thank you Anderson Cooper, for doing what needed to be done; calling out Obama for his failure to address a concerning situation with Russia while he was in office. We appreciate your hard work.