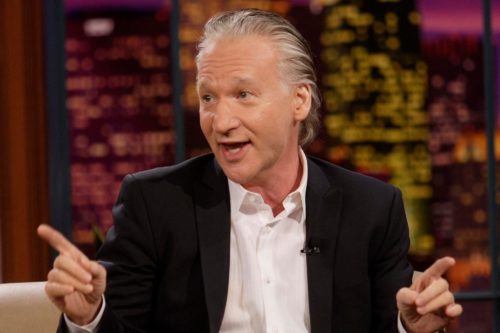 Bill Maher is no stranger to controversy[2]. His forays into “humor” often take a twisted turn into the reprehensible. No target is safe from his grotesque “comedy,” including the President and his daughter.

Maher has a show, Real Time, on HBO. As a network, HBO has broadcast some of the most tasteless programming in history. Maher is only one more example. Guesting Friday evening on the show was New York Magazine reporter Gabriel Sherman. Maher cracked an explicit joke about the President and his daughter engaging in deviant sexual behavior. He then followed that up by asking Sherman , “Is that how you see Ivanka?”

Sherman, clearly uncomfortable with the tone of the conversation, replied, saying, “No.” He continued, saying, “I think, again, she’s on the margins trying to save us — to the degree that she can — but Donald Trump doesn’t listen to anybody, including his own family.”

Maher shot back, “Be nice to Ivanka, she’s our only hope — because she seems like she actually knows rationality, but she’s [Trump’s] kid, and she’s the only one who can get to him, and you know he loves her. If he’s going to do something nutty, we’re going to depend on Ivanka going into that bedroom.”

Twitter was none too kind in its response to Maher’s foul jokes about the President’s daughter.

Bill Maher incest "joke" about Ivanka Trump sick. Just shows everyone how deranged Maher truly is to even think of such crap.

It's absolutely disgusting how those on the left continue to make vulgar jokes about Donald Trump and his family https://t.co/SsLGr3kMr3[4]

The Left is always ranting and raving about misogyny and the patriarchy, and how women are supposedly mistreated. But what we see is that this mistreatment is coming from the Left. Conservative women, women who are the daughters of President Trump, women who are Republican, or pro-NRA, or pro-life, routinely come under assault from the Left. And in the view of the Left, it’s just fine because they disagree with those women. For the Left, misogyny is okay as long as the target isn’t on the Left. The American Left prances around like they own the moral high ground. But with their constant hypocrisy and lack of basic civility, they are heading right off the high cliff. No one takes them seriously any more.

In John Hawkins’ new book, ‘101 Things All Young Adults Should Know’, he teaches in number 10, “People are what they are and probably are not going to change much once they reach adulthood.” Clearly, many on the Left never even reached adulthood. They are still stuck on juvenile scatological humor and crass sex jokes. We’ve got their number. Maybe someone you know needs this book to steer them straight! Get them one today!