Brokaw SCHOOLS Liberal Andrea Mitchell On How To Be A REAL Journalist! [VIDEO]

Tom Brokaw was on fire when he was being interviewed by liberal journalist Andrea Mitchell. Brokaw, who for years was the face of “NBC Nightly News,” reproofed the mainstream media last week during a heated debate[1] over President Donald Trump choosing to fire James Comey. 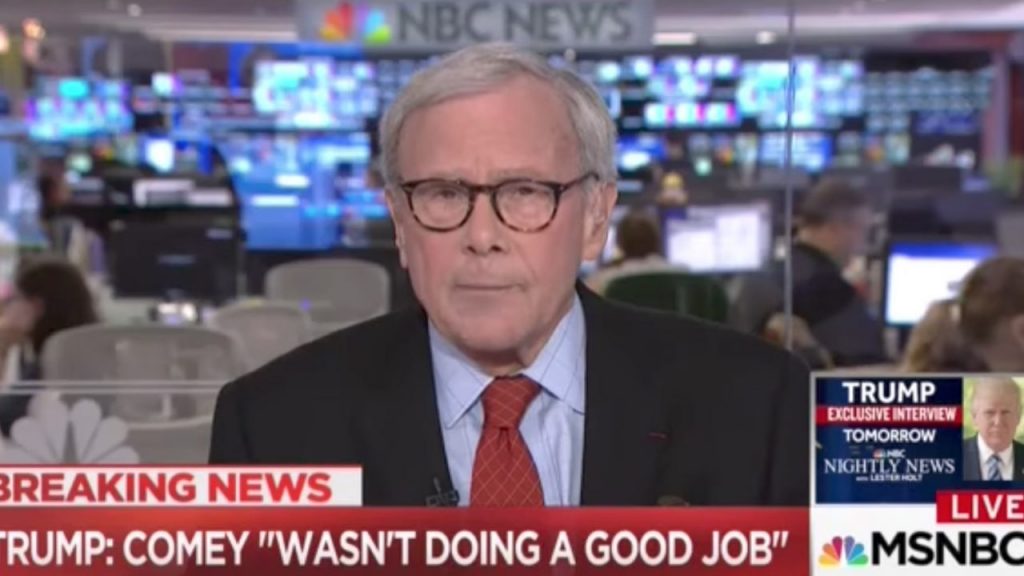 Critics contend that Trump dismissed Comey in order to put an end to alleged investigations with Russia, disputing that Trump was not up to handle the FBI’s broadening investigation into the supposed relation between the two. But the truth as it stands so far is that no one has been able to get any concrete evidence proving the allegations.

But of course, that didn’t stop the Richard Nixon Presidential Library from trolling Trump’s determination to fire Comey:

Brokaw was on with NBC News anchor Andrea Mitchell, where she made her own point that the “Nixonian” analogies being used by the media as well as many on the left, mostly Democrats, are comparing what Trump did, to the factually proven criminal acts that Nixon committed as president, such as the Watergate scandal.

But Brokaw didn’t go along with that comparison. He also warned Mitchell and others in the mainstream media that assuming facts that don’t exist in Trump’s firing of Comey is a sure way to not be a real journalist.

“One of the things that I learned during Watergate…is that we dealt with it every day on a factual basis. There was not a lot of speculation. Now, of course, the media landscape has changed a lot, and we have that going on 24/7. I do think, however, that all of us as reporters wherever we are…have to take a deep breath and say let’s deal with the facts as we know them at this point.”