CBS Sunday Show Host CALLS OUT The Liberal Media For Their Own Lack Of RESPONSIBILITY! [VIDEO] 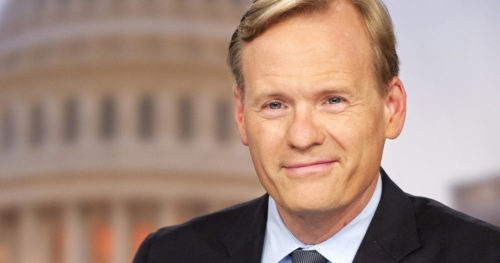 President Trump lambasted the media[2] at his 77-minute press conference this past Thursday. He continued his refrain that Americans do not trust most of the media any more and that too many media outlets are fabricating stories to push a Liberal agenda. In other words, there’s a lot of fake news out there. And that has eroded the credibility of journalism across the land. He’s not wrong about that. And isn’t it refreshing to have a President who calls out these media people for the agenda driven fiction writers that they are?

CBS’ John Dickerson, Liberal moderator of Face the Nation, in a moment of honesty, actually concurred with Trump’s take on the media. Scroll down for video. He said “Well, yes. I mean, yes, it’s true, and it’s not because of anything, obviously, Donald Trump did. The press did all that good work ruining its reputation on its own, and we can have a long conversation about what created that.”

Thank you for the honesty Mr. Dickerson. That is also quite refreshing. Until the media returns to the solid foundations of journalism and the time-honored pursuit of the truth above all else, they will continue to be a laughingstock to most perceptive Americans. The truth is what it is, outside of political bias. And the job of journalists is to report the truth. It’s time our media understood that. Thank you President Trump for calling them out for the hypocrites they are.