Chris Matthews is schizophrenic.[1] One minute, he fools you into thinking he might almost be sane… almost. The next, he goes all raving moonbat on you. Yesterday, on MSNBC’s Hardball, he snarked that the Rose Garden gathering of Republicans after AHCA passed, was reminiscent of those gathered around Kim Jong-Un in North Korea. Smile or else. Gee, Chris… could it be they are actually happy and relieved that their healthcare bill went through? Even if it is only the first step of an uphill battle, it was a win of sorts. But never waste an opportunity to compare Trump to some bloodthirsty dictator.

I watched the ceremony at the White House and the smiles did not looked forced to me. And Trump does not execute people who don’t agree with him. This is just more overly dramatic hyperbole from the leftist media. Matthews should be ashamed of himself. He did not say anywhere near the same thing when Barack Obama got his Marxist healthcare passed. Matthews just can’t understand how anyone could be happy over healthcare that isn’t fully socialized. What a putz. 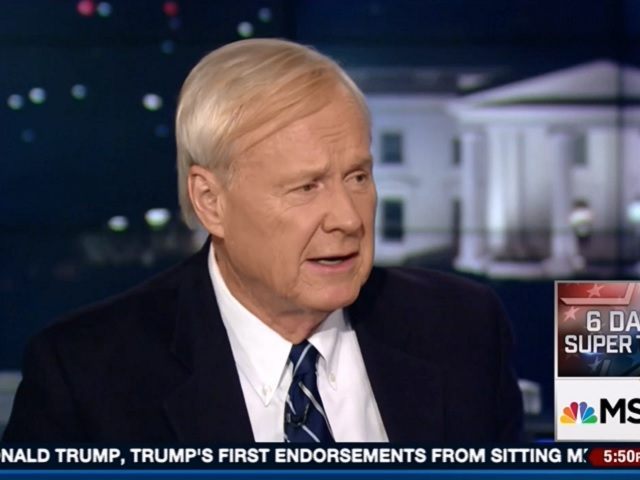 On Friday’s broadcast of MSNBC’s “Hardball,” host Chris Matthews stated that the Republicans’ White House ceremony after the passage of the AHCA was like North Korea “where you have to have the same expression for Kim Jong-un or else you get executed.”

Matthews said, “I was thinking, when I watched those forced smiles yesterday at the White House, this is what it’s like in Pyongyang, in North Korea, where you have to have the same expression for Kim Jong-un or else you get executed. They didn’t look truly spontaneously happy, but fixed grins and smirks all around.”

Washington Post columnist Ruth Marcus responded, “Well, maybe like in North Korea, they were simply relieved to manage to be there, and not be hauled off in some way.”

The Washington Post was no better with their snark either. Chris Matthews is the same bozo who said that Trump’s inauguration had a ‘Hitlarian’ tone. Remember that? But just a day or two ago, Matthews was also saying the Democratic Party had moved too far to the left on cultural issues. On NBC’s Meet the Press on Sunday, Matthews said that Hillary Clinton and the Democratic Party’s position on abortion, late term abortion and getting rid of the Hyde Amendment just turned off large chunks of voters. Regardless of Trump’s demeanor on the 2016 campaign trail, Matthews said that Clinton’s position on this issue showed how veering too far to the left can get you in trouble. And yet[3], now we are back to being a moonbat.

The issue here is the left and their attendant media whores who are butt hurt over Obamacare even being minimally undone. It hurts Obama’s legacy and they find it offensive. They don’t really care who is or isn’t hurt by Obamacare… they see it as a monument to the greatness of Obama and how dare anyone stand against it. I don’t know why he’s so upset… 90% of the monstrosity is staying in place and we are still on the same path to Single Payer healthcare and bankruptcy. I wonder who will be smiling then.