The revelations from the latest WikiLeaks data dump have had liberals scrambling. The media is dutifully keeping quiet about most of it, although they can’t completely ignore that another leak took place. But if Americans are expecting to be informed about what is actually happening, they probably shouldn’t tune it to the liberal biased media. A perfect example of why just happened at CNN[1]. 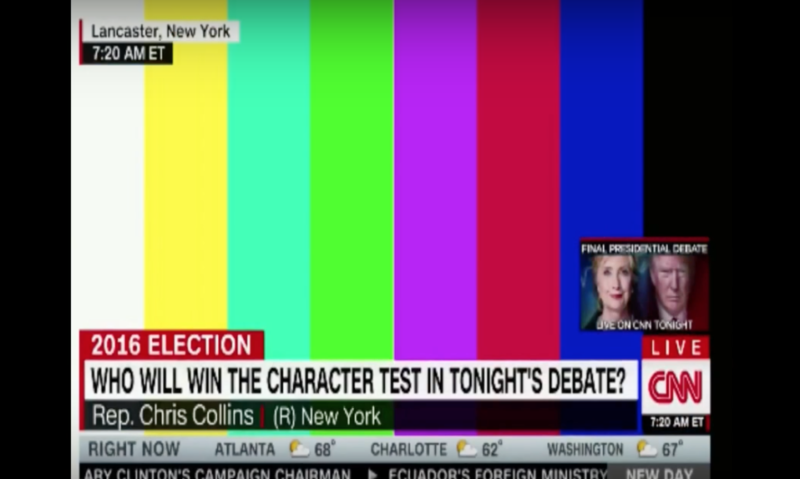 Chris Cuomo was participating in a panel discussion with Congressmen Chris Collins and Hakeem Jeffries. Collins tried to bring up a relevant topic based on the WikiLeaks release, from one of John Podesta’s e-mails. It showed that Hillary has a tendency of holding separate policy positions based on whether she is in public or in private.

Yet as soon as Collins mentioned the word “WikiLeaks,” the satellite feed was cut by CNN:

This comes on the heels of some shady business surrounding WikiLeaks. Julian Assange, the founder, recently had his internet cut off by the Ecuadorian embassy, where he is being held — allegedly, at the behest of the United States government.

Who is trying to keep the WikiLeaks revelations quiet? Why is the Obama administration participating in silencing Julian Assange? And why would CNN cut the feed as soon as WikiLeaks is mentioned? The situation brings up a lot of good questions, with a lot of potentially disturbing answers.