Tell me one thing. How is it you can tell that the Democrats are about to lose any credibility[1] in any effort to block Judge Neil Gorsuch from being confirmed to the SCOTUS?

Simple. When you watch a CNN analyst declare that Gorsuch knows so much more than any of the Democratic senators that are attempting to outwit him…That’s how you know!

According to the Free Beacon[2]:

CNN legal analyst Jeffrey Toobin said Tuesday evening that Supreme Court nominee Neil Gorsuch has a “tremendous advantage” in his confirmation hearing because he “knows so much more about everything he’s being asked” than the senators posing him questions. 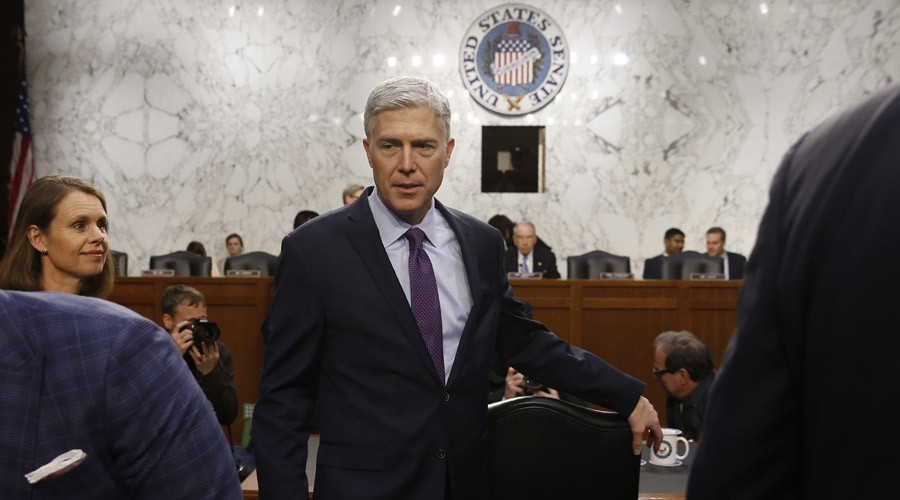 “He did seem very calm and sort of collected throughout the entire thing,” he said.

Tobin gave the dummy Durbin an example of him asking about a supposed complaint from one of Gorsuch’s female law students, thinking he would trap the judge in a scandal of the non-existent ‘war on women’ the left love to claim exists…

Rather, Gorsuch was able to not only tell the truth, but reveal Durbin to be the political hack that he is:

“You know, tried to confront him with a story that came out about a law school class that he taught where one woman thought he engaged in sexist behavior in the classroom and Gorsuch told the story of how he taught this case out of a textbook and went on to say that his mother was a pioneering lawyer in Colorado,” Toobin said.

“And I think completely turned the tide because Durbin broke the cardinal rule, which is you never ask a question to which you don’t know the answer.”

As it has been reported numerous times recently, it turned out that the female student in question had been an Obama appointee and worked for a Democratic politician.

…I think it’s safe to say that Neil Gorsuch is going to be an outstanding Supreme Court Justice, don’t you think?