If you’re a conservative or Republican who is still not entirely taken with Trump’s Presidency, I think that even you can agree that one of his most entertaining accomplishments is causing the media (namely CNN) to go into fits of rage.

How dare he call out the mainstream media for their obvious bias? It’s not like they have been working against him since he started running, or anything! Why, why, it’s UNFAIR! 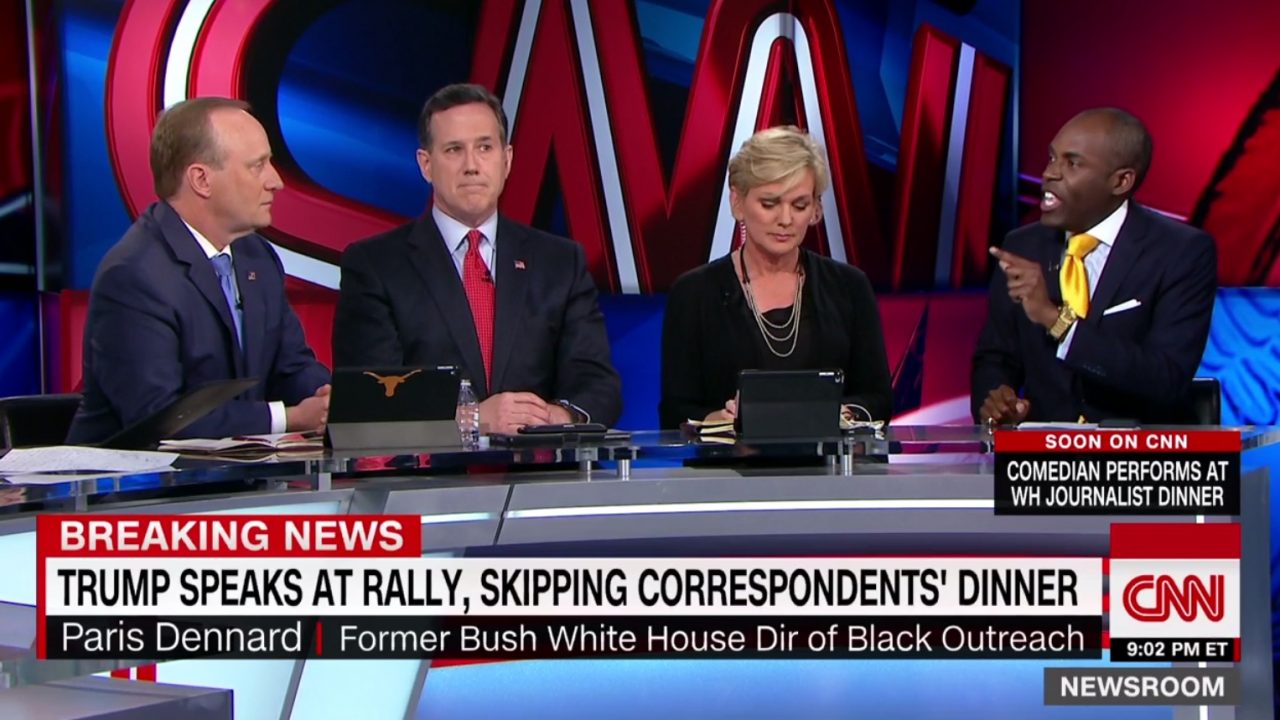 During his Pennsylvania speech marking his 100th day in office, President Trump mocked the media in Washington D.C. who were at the White House Correspondent’s Dinner.

Well, the liberals at CNN didn’t like that very much, with one commentator – Paul Begala – calling Trump a “moral midget and a deeply insecure person,” and a “needy little baby.” (Side note, can we still say “midget?” Isn’t that considered derogatory towards little people? They came up with these rules, so they should know!)

Paris Dennard, an avid Trump supporter, wasn’t about to sit there and let this snot-nosed pansy get away with insulting the President, so he went in:

What you may not have noticed in the background of that second video was Rick Santorum, whose face represents everyone in America when we’re caught between two people arguing about politics. 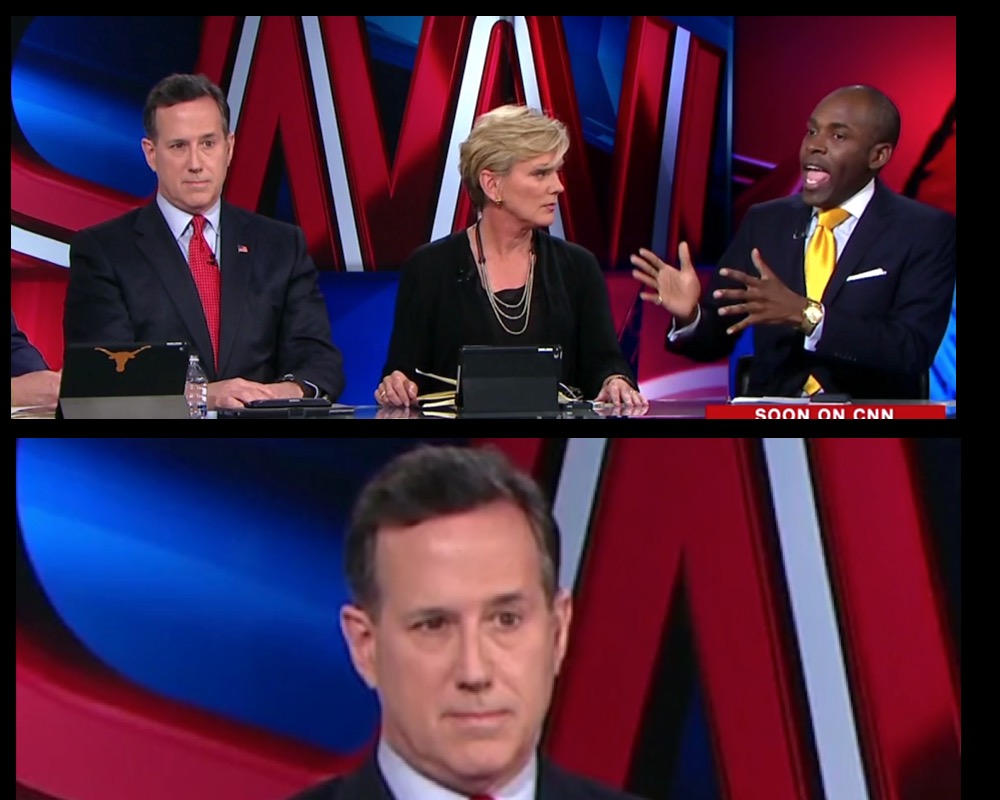 On a more serious note, they both have some valid points. As Americans, we are called to respect the office of the President and not necessarily the President himself. This was a popular saying among conservatives who were berated by liberals for not bowing at Obama’s feet.

Paris also has a point, though, that the media has been largely anti-Trump and have made it easy for Trump to have something at which to lash out. Here’s an idea, CNN, if you want Trump to stop attacking you publicly, stop giving him the necessary material. (Pro-tip: Letting someone onto your platform who calls the President a “moral midget” and a “needy little baby” is giving him material.)