CNN Starts An EMBARRASSING Nose-Dive In The Ratings…As It Finally Reaps What It Sows! 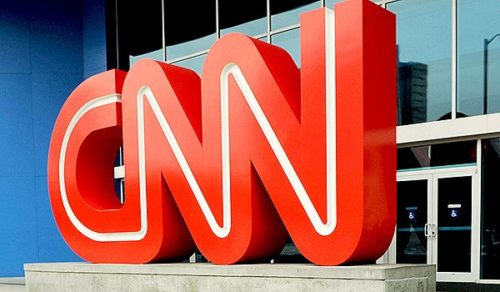 CNN was once a respected[2] news organization. But that was years ago. At the point that CNN decided to go fully partisan in support of Democrats and against Republicans, that began to change. For years now, the reporting, and we use the term loosely, at the network, has been unequivocally anti-GOP and anti-conservative. The only problem with that is this; many, if not most, Americans, have conservative traditional family values. So, if a network is looking to be watched by those folks on a regular basis, it needs to speak to those values. But that’s not what CNN does. In scandal after scandal, the network has been proven to be lying, obfuscating, retracting stories and making things up. Its hosts and commentators are regularly making the most unhinged and outrageous statements and assertions. It’s gotten so bad that Trump started calling CNN fake news and not allowing them to ask questions at press briefings.

Well, it appears America has taken notice of this journalistic malpractice and is simply turning the channel. The cable news ratings for the June 26 – July 2 time period are in. And it isn’t looking good for CNN. They’ve dropped to 13th place, with 711,000 viewers, behind Nick-At-Nite and Investigation Discovery. Apparently folks find more palatable fare on those two networks than on CNN. 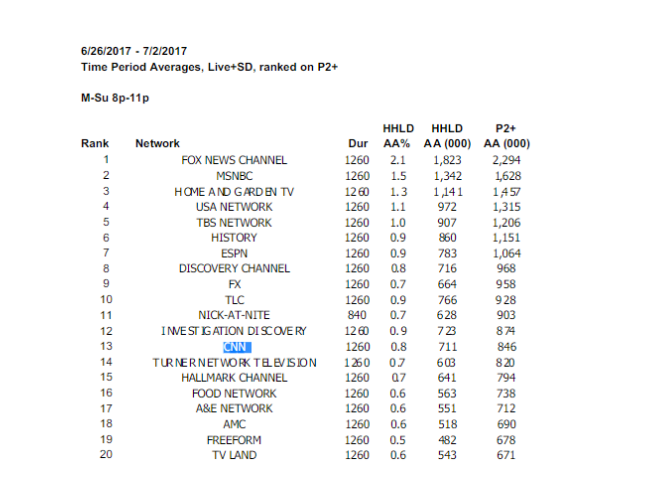 It’s gotten so bad for CNN that they have all manner of negative nicknames; the Comedy News Network, the Clinton News Network, the Corleone News Network, the Criminal News Network. Actions have consequences. And if your network’s “news” consists mostly of vicious unfounded and embarrassingly low-on-facts stories, eventually Americans will just stop watching. And that, it seems, is exactly what they did.

CNN may want to consider a mission change. Satire may be more their game now. They’ve got a great head start with all the comedic stories they do every day. And we all love to laugh! Comedy News Network indeed.