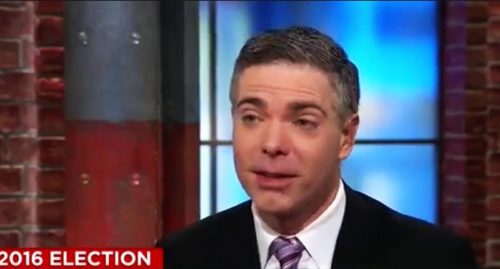 America, your mainstream[2] media thinks you are a bunch of idiots. In a recent column for The Daily Beast, CNN “journalist” Matt Lewis gave his suggestions for how Republicans and Conservatives should approach the 2020 Presidential election. Unsurprisingly, his ideas are designed to get rid of Trump and install a candidate that is against Trump.

The opinion piece is entitled “Dear Trump Voters: You’re a Bunch of Idiots.” So, right away, that title just makes people want to read it, right? Who doesn’t want to be called an idiot by a narcissistic CNN reporter? In this piece of journalistic brilliance, he said, “All good-thinking conservatives should now commit to supporting a viable and serious primary challenge to Donald Trump in the GOP primary. This should not be a perfunctory exercise, but rather, a full-throated attempt to replace him as the nominee. Further, where you stand on this should be considered a defining moment. Personally, I would nominate Senator Ben Sasse of Nebraska as the kind of person conservatives should back.”

In fact he went on to elaborate, saying, “The masses, it turns out, sometimes are asses. Sometimes the people who actually pay close attention to politics know more than the disgruntled populists and nationalists who are willing to gamble on the future of this great republic—and on the reputation of a conservative philosophy that goes from Aristotle to Burke to Buckley—in order to boost a reality show host. You elected your guy, and look where it got us.” 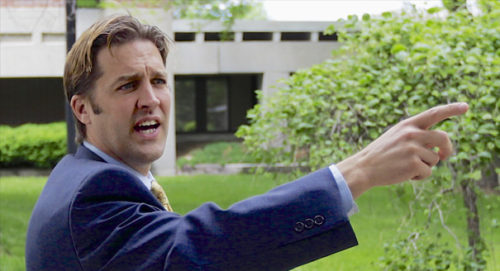 Well let’s see exactly “where it got us,” shall we, Mr. Lewis? The stock market is breaking records on a weekly basis. We have topped 22,000 for the first time in history. Unemployment is at a 16-year low, something your man Obama failed to do. We have a decent and honorable justice installed on the Supreme Court. The coal industry is becoming prosperous and vibrant once again. American companies are moving production and jobs back to America. We have a Commander in Chief who is respected by our military and not afraid to take on the bad guys out there in the world. Also something your guy didn’t manage to accomplish. And that’s just for starters.

So, in short, where it got us is where we need to be and where we need to be heading. We elected Trump to combat sniveling smug mediacrats like yourself and he has done a fantastic job of that. We have a President who goes straight to the people via Twitter instead of letting people like you, Mr. Lewis, filter and spin his words until they do not at all resemble what he said or intended. And that must gall you and your media brethren to no end. You can’t lie to us about what Trump said because he’s wise to you and your ways.

So, keep your unwelcome recommendations about who Republicans should run in 2020 to yourself. We aren’t interested in the opinion of a guy who leads with the fact that he thinks we are idiots. Perhaps it’s time to look in the mirror. In it, you may see the true fool.