HAHA! Don Lemon is butthurt and whining… because America celebrated a Republican win in Georgia. He’s upset that it was such a big deal. I’d have to say, sure he’s right.

It was Democratic morons that made such a big STINK about it, that it’s just too tempting to rub[1] it in their face a little. This is in no way even close to what liberals would be doing had it been their guy that won. So Lemon, if you have any questions or concerns…feel free to take them home with you and deal with it. 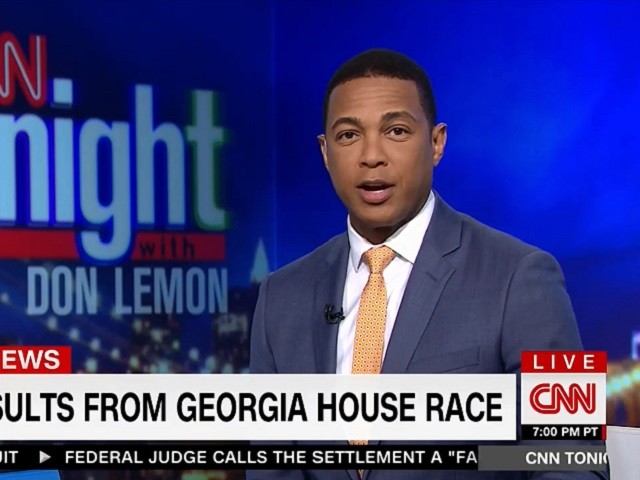 Of course however, it’s a little too late for that. On CNN Tonight, Don Lemon made sure to share his reaction to the results in Georgia’s special election.

Lemon said, “What’s interesting is that, breaking news, a Republican wins in Georgia, it shouldn’t be breaking news. This is the way it should happen. But the fact, David, that it was so close, at least it appeared in the polling and in the results, as well. The results are actually really close.”

He then asked, “What does this say about the state of affairs, especially the Trump — is there a mandate for Donald Trump? Will he keep his support? Will it stay the same? Are Democrats looking at this as necessarily a loss, or they got close and maybe there’s hope for them in the midterms?”

Aww… poor Lemon, he has so many questions that are going unanswered. “What does this say about the state of CNN, especially the Lemon- is there a mandate for Lemon meringue? Will this meringue keep it’s peek support? Will it stay in the crust? Are Dems looking at this as necessarily a lemon pie, or that they got close and maybe there is hope for even more NOTHINGNESS!”

Sorry Lemon, all we hear is blah. blah, blah, blah…no one is listening to you to form a response, because you’re fake news. So it does not matter what you ask or present to consider.

Besides, is the right really making a big deal about this? The Left are the ones that decided to make this a big deal when they poured money into the election in hopes that they were giving Trump a punch in the face….and now they are like ‘it really didn’t matter’.

We never believed them before, it’s certainly going to be hard to start now.