CNN’s Republican pundit – and I use “Republican”[1] in the loosest way possible – Margaret Hoover, rebuked President Donald Trump of vociferously appealing to “white nationalists” when Trump did the unthinkable and vowed to destroy the ultra violent MS-13 gang, and also openly showed his support for the police officers of Brentwood, New York.

Oh wow! What a horrible racist thing to do!…Give me a break. 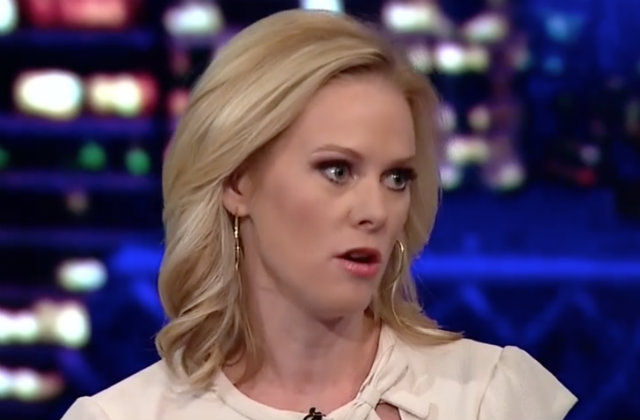 During her needless appearance on Anderson Cooper 360 on Friday, Hoover did what her masters at CNN told her to do and said that though “Trump was there to highlight the existence of criminal gangs,” what he “was actually doing is he was highlighting the existence of a criminal gang that is South American, El Salvadorian.”

She said that most of MS-13 crimes are “affinity crimes” and acknowledged that there “are individuals from other countries, sometimes there are citizens of the country, sometimes they’re not, of course Americans citizens get caught up and every violent criminal who is here should be deported, and they are on borrowed time.”

This idiot is talking herself into stupid and she quickly stressed the “political move” that she thought Trump was attempting.

“But there is a political move here to highlight…people who aren’t white, I think minorities, and to feed part of this really white nationalist, political support of Donald Trump. And if this overstates, I think, what the real problem is, we have violent crimes and criminal gangs here in the United States as well full of white people…This really wasn’t a law and order speech in that sense. This…really had a political undertone.”

And of course you have the other brain-dead idiots on the screen, bobbing their heads up and down in approval as if they were even listening to a single word of nonsense that came out of this phony Republican’s mouth.

When WaPo’s Phillip Bump said that Trump’s rally was really meant to “tie immigrants to crime,” Hoover fed off the dumb and agreed.

Hoover is strictly there to up her career and status in the career field of dishonest media, whether that’s Democrats or liberal media elites, it doesn’t matter. It’s not about principles for these sick charlatans…it’s influence and making your career that come first.