This woman is absolutely full of crap.[1] And I mean that sincerely. Maria Hinojosa had the gall to compare the phrase “illegal immigrants” to survivors of the Holocaust. That’s just despicable in the extreme. They are called ‘illegal’ because they are here ‘illegally’ you moron. And if you want to get really technical… they aren’t even really immigrants because they did not come here legally. But I digress. The Jews were branded an ‘illegal people’ because they were seen as inferior… not because they came to a country or place illegally. The Nazis wanted to make being a Jew illegal. No one is making being of foreign descent or belonging to a given religion illegal. Get a grip.

Steve Cortes is right… the illegal immigrants have an unfair advantage over the legal ones. They jump in front of them and game the system. This whole ‘labeling’ argument is specious and leftist speak. It’s stupid. I don’t see anyone exterminating illegal immigrants… we simple want them to follow the rule of law. I don’t believe that they will be gone day one of a Trump presidency as Cortes claims… but I am hopeful that anyone breaking the law this way will be deported. At least they should be. 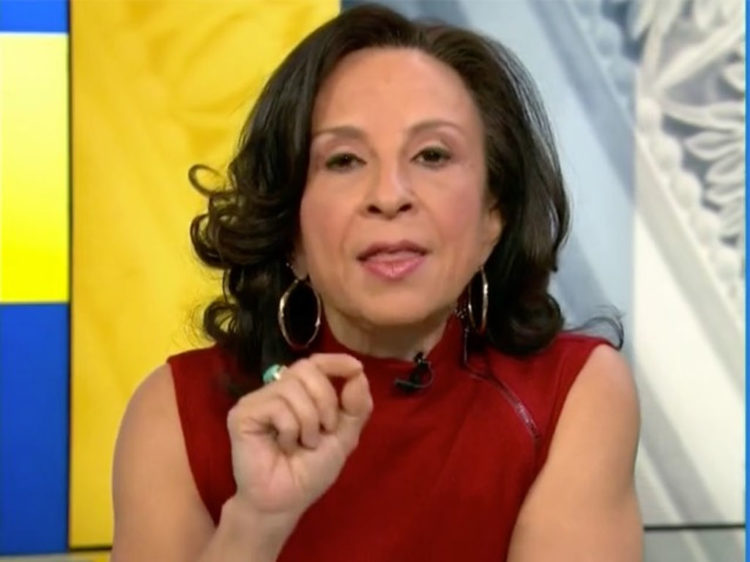 “What you can do is you can say it is an immigrant living illegally or an immigrant living without papers or without documents in this country,” Hinojosa said while interrupting Cortes. “But what you cannot do is to label a person illegal. And the reason why I say this is not because I learned it from some radical Latino or Latina studies professor when I was a college student. I learned it from Elie Wiesel, who survived the Holocaust, who said, ‘You know what, the first thing they did was that they declared the Jews to be an illegal people.’”

What a hose beast this woman is. She doesn’t understand what illegal means and she sure as hell doesn’t know her history. Frankly, I sincerely doubt that she had a conversation with Nobel Peace Prize winner and Holocaust survivor Elie Wiesel and he said this. Because it is comparing apples to oranges. It sounds to me as if she is lying here and using this example as a weapon. It’s abhorrent one way or the other.

People who come here illegally are indeed illegal immigrants. And whatever name you call them or brand them with, they are breaking the law. The leftists are trying to make what they have done commonplace and legal. It’s not and they should be treated as criminals. My family came here the right and legal way. They should be forced to as well.