CNN has gone off the deep end[1] once and for all. This proves it. They wrote an expose on Antifa and romanticized them as seeking peace through violence. What bull crap. They are giving cover to thugs and have merged with the communists in a massive bid to unseat a sitting President through a violent coup. This is like making Che some kind of romantic figure that should be admired. They speak of young people picking out black clothing and masks for the noble deed of beating regular Americans into submission. Sounds like violent upheaval bordering on treason and revolution to me.

So, violence to make people’s lives better. Does anyone else find that bug nuts? I sure do. And it’s evil… it’s the kind of communist rhetoric that has been fed American youth in our universities. CNN uses this young man named Bhatt, who was arrested, as an introduction to the people who identify as the Antifa movement, which CNN reports is not the same at the Democrats or other liberals who support them. But it is. And in fact, they claim to oppose fascism, but are in fact fascists. 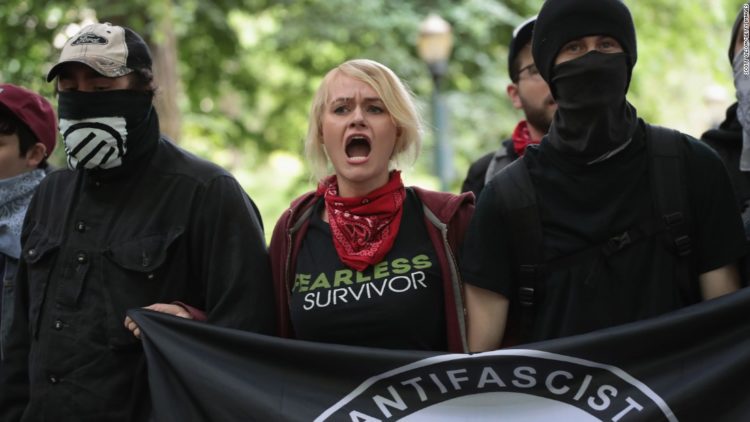 In a feature story on Antifa protesters who physically assault those they disagree with, CNN lays out the narrative that the leftist protesters are driven to violence in an effort to achieve peace.

“On the morning of Donald Trump’s inauguration, Keval Bhatt hunted through a closet in his parents’ Virginia home for the darkest clothes he could find,” CNN reports[4]. “The 19-year-old didn’t own much in black, the color he knew his fellow protesters would wear head to toe on the streets of Washington that day.”

“I thought, there’s a very good chance that I might get arrested, that my whole life could be radically altered in a negative way if I kept driving, and I was really close to turning around,” Bhatt told CNN. “But I think the rationale is that even if it did negatively affect my life, I had still contributed to this movement that was necessary. I was still making an effort to make other people’s lives better, even if it made my life worse, and once I realized that, I had no regrets.”

CNN proclaims that Antifa “has come to represent what experts who track these organizations call the ‘hard left’ — an ideology that runs afield of the Democratic Party platform and supports oppressed populations as it protests the amassing of wealth by corporations and elites.” No… that’s disingenuous. The Democratic Party has now merged with the hard left. And those such as George Soros fund it. They note these brave protesters are
anti-Trump and live on “society’s fringe.” That would laughingly include illegal aliens and transgenders. Although, all the Antifa I have seen are middle class white kids. But they all embrace violence.

“Antifa leaders admit they’re willing to physically attack anyone who employs violence against them or who condones racism — as long as force is used in the name of eradicating hatred,” CNN reports. Silly me, I thought violence begets hatred and vice versa. They even acknowledge the connection between Antifa and Nazi Germany. “Anti-fascists and the black bloc tactic originated in Nazi Germany and resurfaced in United Kingdom in the 1980s. Large numbers of Antifa activists first appeared in the United States at anti-World Trade Organization protests in 1999 in Seattle, and then more recently during the Occupy Wall Street movement,” CNN reports.

CNN states that Antifa is impossible to track, but their violence has been seen in Portland, Seattle, Chicago, Philadelphia, Houston, Alabama, Nebraska and at the G20 summit in Hamburg, Germany. They claim it is the alt-left against the alt-right. But more correctly, it is just the left against everyone else these days.

“Antifa activists often don’t hesitate to destroy property, which many see as the incarnation of unfair wealth distribution” and “sometimes launch attacks against people who aren’t physically attacking them,” CNN admits. One Antifa member had the gall to quote John Adams: “Don’t confuse legality and morality. Laws are made of governments, not of men.” But they certainly have misunderstood what morality is. Everything is for their cause and it would seem that CNN hearts communist radicals. So not surprised. 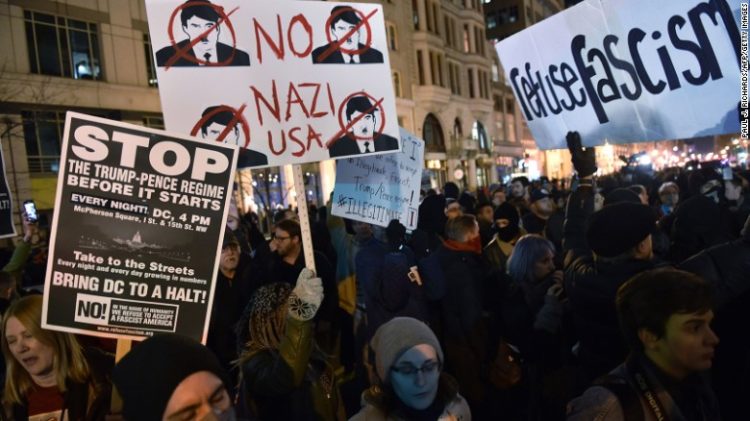