On Monday’s broadcast of “CNN Tonight,” host Don Lemon opened his show with a monologue arguing that “thoughts and prayers” were not enough of a response to Sunday’s mass shooting at a Sutherland Springs, Texas church. Don Lemon couldn’t be more wrong here. The massacre in Sutherland Springs was not God’s fault… it was sheer evil. But he’s right, prayers don’t prevent shootings… good guys with guns do. For Lemon to bring the Christian faith into this is just despicable. It shows no respect for those who died last weekend or for their families who are grieving and trying to deal with their horrific loss.

Lemon stated that faith without works is dead. Spoken like a true atheist. The left has no shame here and no empathy for those cut down heartlessly. All they know is a political agenda. It’s all they care about and Don Lemon shows that. Below, I’m going to provide you with a partial transcript, so you can read his exact words. I detest him more than ever after this. 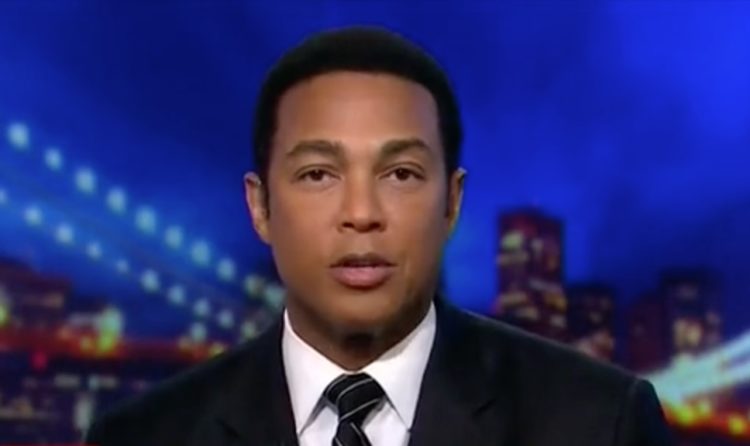 CNN's @donlemon[2]: Thoughts and prayers are important, but our leaders need to take action https://t.co/BNBvSaMwMD[3] https://t.co/JplwGUvInr[4]

President Obama has responded similarly in other shootings. And it’s not about religion. As I said, I’m not anti-thoughts and prayers by any means. I grew up in a very, a very religious south, a Baptist who went to Catholic schools where we prayed at least four times a day, plus mass on Fridays and church on Sundays, sometimes twice. So spare me the anti-religion tweets. You can keep them. I won’t even read them. I don’t care. These God-fearing Christians were in church. They were already praying. Thoughts and prayers did not stop an oversight from the justice system which enabled a guy who attacked his stepson and assaulted his wife from getting a gun.

Thoughts and prayers didn’t stop a troubled person from buying assault grade weapons that took the lives of 26 people in an instant. And please don’t get me wrong. This is not at all about the Second Amendment or taking guns out of the hands of responsible gun owners.

Those are good questions that we should all be asking. Maybe you think they should, but we should at least be asking those questions. Those are the questions our leaders should be debating. Our leaders should be leading, not following. And not afraid to be honest with their constituents even when it is unpopular, especially when really it is the constituents’ lives that are at stake. And they are.

Remember this. Faith without works is dead.

He is a liar and he is using grief and death to push gun control. That is the mating call of leftists these days. Frankly, I could care less if Don Lemon reads what I write. Leftists always open up with so-called support for the Second Amendment… just before they get into stripping Americans of the right to bear arms. It is not his place to say how many guns someone should own. We own guns because of tyrannical politicians and Marxists like Don Lemon. He can get stuffed for all I care.