VIDEO: Eating Their Words: CNN Forced to Admit Trump Was Right About Being Wiretapped

So, it turns out that Trump was right when he claimed that his team was wiretapped and now liberal media outlets like CNN are being forced to eat crow over it.

Sources that were so quick to mock Trump’s allegations are now forced to report that the President’s campaign chairman Paul Manafort actually WAS wiretapped before and after the election. They seem completely oblivious to the fact that they look like absolute hypocrites and lying hypocrites at that. 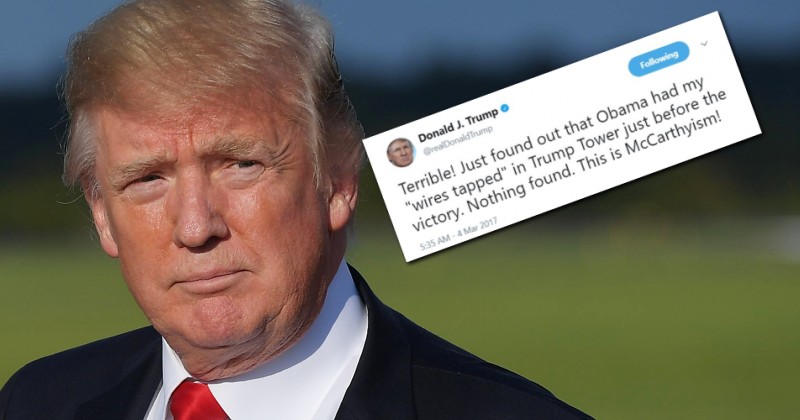 Two former intelligence officials dismissed Trump’s claims of “wiretapping” out of hand, saying that it is “nonsense” and “false.” One said that it “did not happen,” but the news that CNN is reporting now makes you wonder where they got their information from.

“A cardinal rule of the Obama administration was that no White House official ever interfered with any independent investigation led by the Department of Justice,” said Obama spokesman Kevin Lewis at the time. “As part of that practice, neither President Obama nor any White House official ever ordered surveillance on any US citizen. Any suggestion otherwise is simply false.”

CNN Forced to Admit Trump May Have Been Right About Being Wiretapped – https://t.co/6ixBmFMtBn[2] pic.twitter.com/rgvPwOpGAu[3]

Now it could be said that wiretapping Manafort is different than wiretapping Trump Tower and so technically, CNN wasn’t wrong in their report, except when CNN’s Pamela Brown said, “What is possible, Don, is that [Trump] was picked up on the Manafort surveillance and we should note that Manafort does have a residence in Trump Tower.”

What is funny is that CNN had originally blamed InfoWars for spreading the rumor that Trump had been wiretapped as a way to discredit the claims. 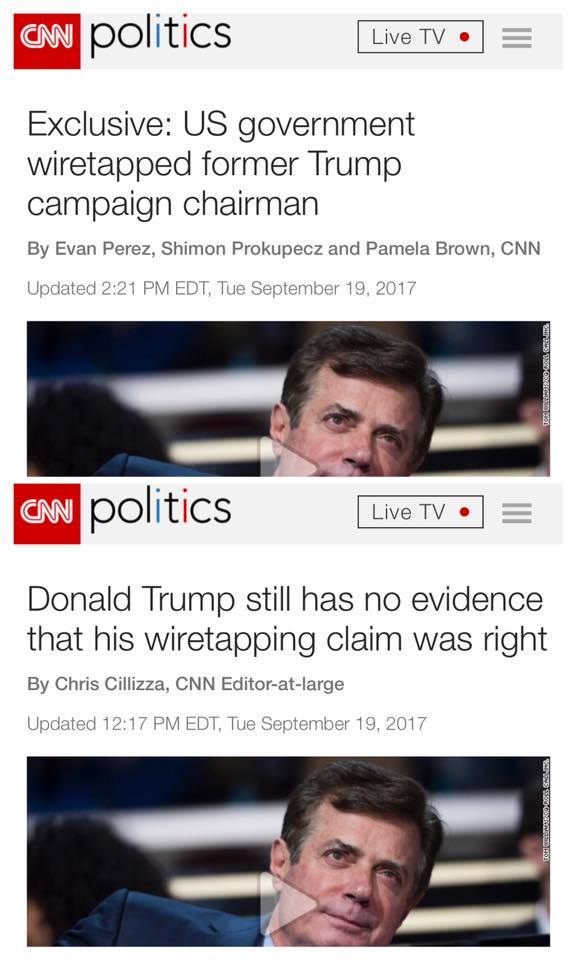 If you look closely, you can see that those stories are less than 24-hours apart. They have absolutely no shame in their “reporting” and their journalistic standards can be found somewhere in the sewer. And I’m being generous there.

Julian Assange tweeted about the hilarity of the incident, which is a sentiment that everyone with common sense shares.

Unfortunately, as funny as this is it’s also terrifying. Where does the government get off wiretapping citizens working on a campaign? How dare they! That is a blatant violation of the 4th Amendment and I hope everyone involved is brought to justice. And I hope CNN learns their lesson about making assertions like this, because all they’re doing is running their credibility into the dirt.