“The View” is already painful enough to watch, what with the panel of liberal harpies screeching endlessly about imagined outrages of the day. Add Elizabeth Warren to the mix and the show became even more insufferable. And, unsurprisingly, it resulted in the women saying some pretty ignorant things[1]. 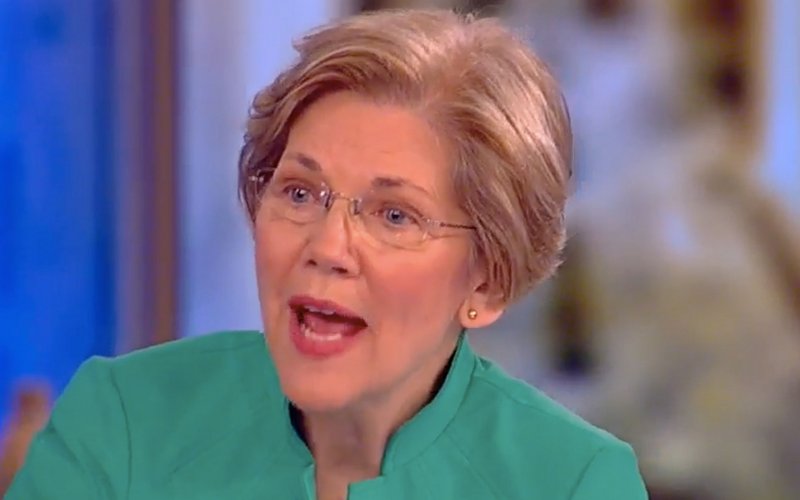 Warren appeared on Wednesday’s edition of “The View” and of course, Donald Trump was a major topic of conversation. The ladies also discussed North Korea and its increasing instability and aggression, which is how Warren got to making a ridiculous comparison. According to her, Donald Trump and Kim Jong Un are exactly the same.

Warren started by saying, “We know that [Kim Jong Un] is an unstable man who has nuclear weapons,” only to be interrupted by Joy Behar, who quipped, “You’re talking about Trump now!” Warren could have done the proper thing and said that such a comparison was ridiculous, but instead, she agreed.

Watch the video of the exchange here:

It’s certainly fair to criticize Donald Trump; criticism comes with the role of president. And it’s perfectly valid for anyone — conservative or liberal — to feel that he isn’t doing a good job, or have policy disagreements. But to equate Donald Trump with a murderous dictatorial tyrant merely because you disagree with him politically is not only insane, it’s offensive. Much can be said about Donald Trump, but comparing him to Kim Jong Un is ludicrous.

Unfortunately, this kind of behavior is simply what comes with success and it’s something that any up-and-coming political figure needs to understand. In John Hawkins’ new book ‘101 Things All Young Adults Should Know’, he teaches that right or wrong, good or bad, the more you achieve, the more criticism you will receive.

Success will always bring rabid criticism from people who want to tear you down. Part of being a good leader is being able to handle it well. Will Trump be able to handle the constant attacks from Democrats well?