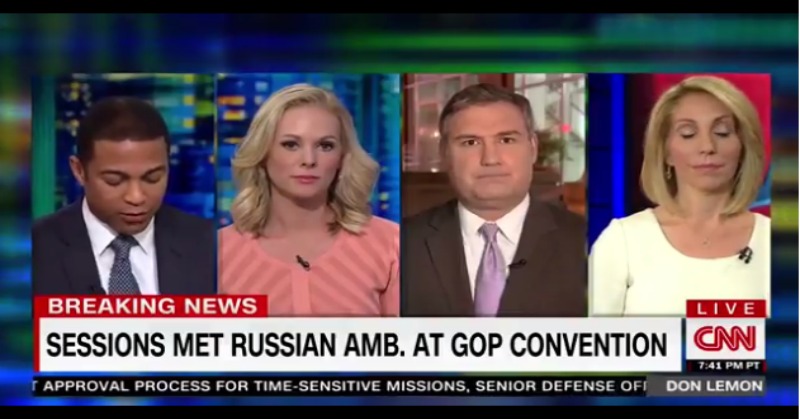 For conservative Americans, we weren’t surprised to see over and over again that the news was not accurately representing the truth. Over and over again we have been misrepresented, especially during this election. Conservatives are tired of being lied to and then used as a scapegoat for the problems America is facing.

So, when Donald Trump called out the news for being fake and reporting fake news, many of us were relieved. At least now it is being addressed. At least now it won’t be as severe. If people in power are admitting there is a problem maybe things will change.

The answer? Probably not. Exhibit A? Don Lemon falsely claiming that Attorney General Loretta Lynch recused herself from the Hillary Clinton email probe.

Thankfully, his colleague Dana Bash stepped in to correct him, but the damage had already been done.

Loretta Lynch, she did say she wouldn’t be involved in the decisions, but didn’t completely remove herself from the investigation, which could be an example of why [the Trump White House] potentially need to do it differently this time.

Lemon attempted to walk back his statement, but not in any meaningful way: “Yeah, I may have misspoken. I meant Bill Clinton on the tarmac.”

Of course Bash already pointed out that Lynch did not actually recuse herself, formally or otherwise, but Lemon should have known that. Being a journalist means taking the time to make sure that your claims are as accurate as current information allows, but apparently that does not apply to many people at CNN, which has a history of not fact-checking themselves before making statements on a national platform.

Come on…. you’re better than this…. We think.